You Care About Tech, So When Is It’s Birthday? 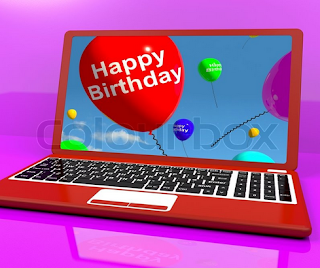 Technology itself has no founder, since cave men actually did some inventions that helped them live in their own life time.
Have you ever thought about how wheels came into existence?
Before wheels ever came into existence, men used muscle power and as time went by, animals were used.
Wheels were actually invented more than 5,000 years ago and the very first evidence of wheeled vehicles came from the last centuries of the fourth millennium.
Technology has always been born and will always been born. Before the electric bulb was invented, there was no such thing, before digital calculators, people used abacus.
Inventions spring forth every century while innovations arises yearly, so how true is it to say technology has a birthday.
Scientist have not been able to answer this questions because at the time of the “fling stone”, there were inventions.
Man is fully of ambitions, in order to make life worth living, he has brought into existence things like;
Train
Television
The computer
Bicycle
Race cars
Bulldozers
Helicopters
Submarines and even robots.
All the various machines listed above were brought into existence and later modernized by people who saw deficiency in living.
In India, the 11th day of May is usually taken as ‘National Technology Day’
It is specially being commemorated to mark remember the anniversary of Shakti, the Pokhran nuclear test that was conducted on May 11, 1998. The day gives acknowledgement to science in man’s day to day life and inspires students to keep up with science as an option.

Every 11th May, events are organized in many technical institutes and engineering colleges, in order to mark the occasion. Lots of lectures, quizzes, competition, presentations are organized on different aspects of science all over the world.

This day also give all scientists, planners and engineers time to properly build their nation.

The president of India has made it a habit of giving awards to individuals and companies who adopted new technologies.
So it is right to say, whenever there is an invention, technology is born.
Share61Tweet38Share15
Previous Post

Quick Way to Reply to Hangouts Notifications on Android