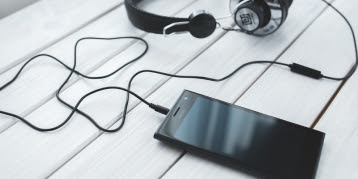 Talking about holiday present, this is a very early one, Microsoft’s Groove Team revealed 10 albums that Windows 10 users can download at the Windows Store for free.

The offer contains the top albums in 2015 which feature artists and albums that were nominated for the Grammy Awards. Scheduled to occur in February, the annual event will be on its 58th year in 2016.

Christina Calio of Microsoft’s Groove Team wrote
“I’m happy to let you know that we’re making 10 of the top albums from 2015 available in the Windows Store, for free for our Windows 10 fans as a gift from us for the holidays, and to say thank you for the support,”.

MUST READ:  Need for Speed Most Wanted Now Available For Free Download On Windows PC

You can download each of the 10 albums separately from the Windows Store. Once downloaded, through the Windows 10 Groove app, the album is instantly saved in one’s PC.

Here is the complete list of albums offered as free downloads from the Microsoft Windows Store.

MUST READ:  Windows 10 Mobile Variant of Xiaomi Mi5 To be Launched

“In these crazy-busy-hectic and all too often troubling times, music can heal, bring release, spread harmony, and remind us all to take a moment to smile,” Calio added.

This means that instead of buying all these 10 albums, one can download them for free, hence save up to $181 compared to buying each of the songs separately.

“The Groove team and I hope you enjoy these great music albums; you can download one or all ten! They are available for free for a limited time in the Windows Store so don’t delay in downloading them,” Calio said

Microsoft’s free music album download to Windows 10 users is only available in the U.S.