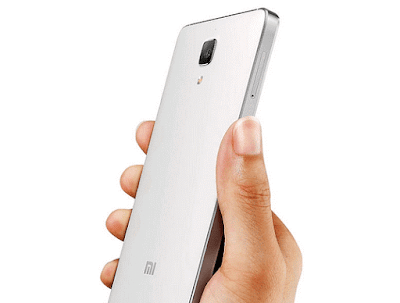 Xiaomi has just indicated that it will launch a windows 10 mobile variant of it .

According to a Chinese website (via WMPoweruser), all specifications of the Mi5 Widows 10 Mobile variant will remain the same as that of the android variant.

For the now, the information is considered as a rumor, since it has not been confirmed by the company.
Due to the kind of relationship between Xiaomi and Microsoft, this rumor could eventually become true.

Xiaomi has been using Microsoft operating system for a long time now. Xiaomi Mi 4 and Mi pad 2 version runs on Windows 10.
Sources say that Xiaomi will showcase its very own Mi5 in China at the Mobile World Congress 2016 Shows on February 24.

MUST READ:  5 Hilarious 'LIES' Some Nigerians Told To Hype iPhone 7

The company has confirmed that the handset will feature the latest Snapdragon 820 processor.

Preliminary leaks are saying that the Mi5 specifications will include:

1. 5.2 inch display with either an QHD resolution or a full HD.

It is believed to have a rear camera of 16 megapixel and a front camera of 14 mega pixel.

This Xiaomi product is built up with a Quick charge 3.0 tech, having a 3600mAh battery capacity.

Lenovo Launches The Vibe X3
Another Samsung Flip Smartphone "Galaxy Fold 2" Leaks In Live Images
Return of an Icon! 4 Nokia-Branded Android Smartphones and Tablets to Be Released This Year
MUST READ:  Infinix Releases The Hot 4 This Year But Are There Strings Attached To Its Affordable Price?