Skip to content
The popular messaging app owned by Facebook,WhatsApp has released another new feature in an effort to make its platform useful and interesting. The app’s newest version 2.16.118 now has a quote and reply function, which gives users the ability to quote a message from an early conversation and reply to it. 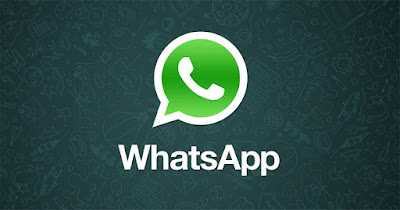 With the previous version of WhatsApp, users have to copy and paste the message and then reply with a new message. But with this feature, you can simply quote a previous conversation. Which actually makes more sense.
To use this feature, all you need to do is simply press an old message for a long time, a reply option will pop up. Once you press this option, the message will appear in a quote and then you can reply to it. The receiver will get the message as a quote and it will come in a grey box.
At first, this feature was only available to WhatsApp beta users. But with the recent report, the feature is now available to most iOS on Apple Store and Android users on Google Play.
Don’t forget! WhatsApp has been releasing some nice and cool features this year, they earlier introduced the text formatting feature where users can practically make texts bold and italics. The Facebook owned messaging app also added update for iOS and Android where users can share PDF Files.
Aside that, WhatsApp also introduced an end-to-end encryption for all voice calls and texts sent by users. The feature didn’t go too well with security officials as they claimed the feature will be misused by some anti-national elements and criminals.
Have you tried updating your WhatsApp for the new quote feature? If yes, share your experience.

Quick Way to Reply to Hangouts Notifications on Android
How To Lock & Unlock WhatsApp With Fingerprint On Android
WhatsApp Wants To Release Another Feature Called 'Call Back'
MUST READ:  The Most Popular Betting Apps for World Cup 2022