Skip to content
Helo people, this is a new segment on techkibay, the first of its kind titled ‘Warri is a Noun’.
All we do here on ‘Warri is a noun’ is to analyze and unveil shocking, inspiring, amazing and funny tech happenings on the streets of Warri.
For those who don’t know Warri; Warri is a town, a town in Delta State Nigeria, West Africa in Planet Earth.
Since it is a place and places are noun, therefore Warri is a noun. 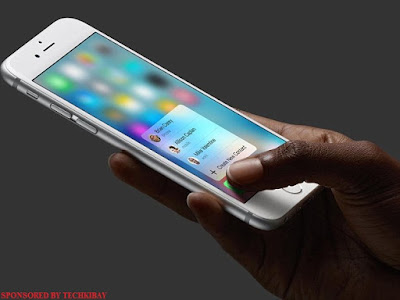 On this first edition, we are going to sharing an amusing story of Sandra (a Warri girl) and an iPhone.
Who is Sandra? She is a pretty girl, a middle aged youth and off course, a friend of mine. Like most youth today, she was in a relationship and had flair for smartphones.
She had used a lot of mega phones which probably ended up either stolen, cracked or broken. That doesn’t stop anything since she could get a new one with just a phone call.
That brings us to her first encounter of an iPhone, I will call it love at first sight. Surprisingly, she just lost one of her Samsung flagship device and so she did all a Warri girl could do just to make the iPhone hers.
When it comes to persuasion, Warri girls are number one. But beware of them cos they can make you go broke and definitely make a guy with no home training go and rob a bank.
Yeah, back to Sandra. She just wanted to have the iPhone, what she wanted to do with it, only God knows.
During this period, if you don’t have money to buy her this so called ‘iPhone’, don’t bother sending her a message on WhatsApp.
It all happened one faithful day; she received a phone call from her guy, requesting them to hook up somewhere in town. Off course she got there, even before time. The good news was that she came back home with a brand new iPhone.
One good thing with girls from Warri is that they always show their mum everything a guy buys for them, although not all of them. Then who’s next to know, it’s the world.
After inserting her sim card, she doesn’t even call the guy first, she calls her friends and this is how the conversation goes.
Her: Hey babe! How you doing
Friend: Am cool
Her: well you know that my guy, the tall and handsome one
Friend: yeah. (Even though she doesn’t remember) What’s up with him
Her: He asked me out today and got me the iPhone I’ve always wanted
Friend: Wow… that’s awesome. Am so happy for you.
Case close, What’s next?
She changes her status on Facebook, WhatsApp and then make a twit on twitter
‘Just got the new iPhone… so happy… love my boo’
Nobody will hear word again, even the local news reporters must carry the news.
Status has been change, she then checks if the camera is original (original?). She takes like 200 selfies just to confirm.
What next, she downloads candy crush and starts living the American dreams. Lol

She kept on living the American dream until this faithful day. She was on her way to the well known ‘Estate‘ at Warri.

As she came down from the cab and started walking with pride while holding her new iPhone, a man ran with the speed of Flash, and zapped the phone out of her hand.  Who was it? People who witnessed this said it was a mad man. Unfortunately, he just ran into thing air and nobody has seen him till this day.

OMG!! Miss Sandra cried bitterly, she refused to eat for a week. Friends and relatives had to come and sympathize with her.

Does she deserve this? What do you have to say?

As for me, I love my Warri girls, and I guess you do also, so if you have any interesting story from Warri. Why not share with us, the world wants to know. Don’t forget to check on us for another edition of ‘Warri is A Noun’