This Is Unbelievable! Two Men Fell Off A Cliff While Playing “Pokemon Go”

Best Job In The World! A Company In Singapore Wants To Pay People To Play Pokémon Go

Just after a week of launching Pokémon Go, the mobile reality game  has been the talk of the whole web and has also gotten the attention of every gamer. Unfortunately, Pokemon Go has been the cause of some awkward and weird behaviours happening recently. 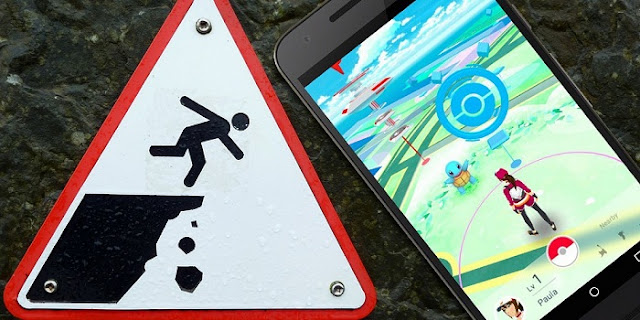 Among all the recent strange behaviours, one of the most famous is that of the 19 year old gamer who found a dead body while she went hunting for Pokemon close to her local river. Also, some shameless folks have been using Pokemon Go to get hold of victims for armed robberies. Right now, some unlucky players were involved in an accident.
The most recent and unfortunate event happened in San Diego, California. Two men were reported to have fallen off a cliff while playing Pokemon Go. One of them fell close to 90 feet down while the other fell 50 feet. Both men were quickly rushed to the hospital but still sustained serious injuries.
Although there was safety fence, signs warning of danger just to discourage people from falling off the edge of the cliff, yet these two men reportedly jumped the fence in order to chase Pokemon.
With the 25 percent increase in stock price after the release of Pokemon Go, the Nintendo company now has a positive feeling towards a brighter future, yet it is so shocking, how its product has created some crazy and unfriendly stories.
For sure, none of these occurrences will stop people from playing the Pokemon Go, neither will it make Nintendo loose some of it market shares.
Have you been acting strange ever since you started playing Pokemon Go? Tell us your crazy story.
Share61Tweet38Share15
Previous Post

Very Soon, Google Will Add New Set Of Emoji For The Female Gender

Best Trick! How To Download Pokemon iOS Game Without JailBreak

Best Job In The World! A Company In Singapore Wants To Pay People To Play Pokémon Go

Best Trick! How To Download Pokemon iOS Game Without JailBreak