Skip to content
Twitter recently shut down the account of the popular militant group, Niger Delta Avengers, whose activities in the southern part of Nigeria  has affected the country’s crude oil production. 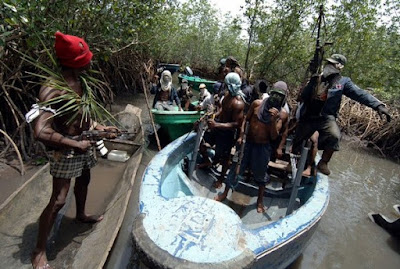 The militant group initially had their twitter handle as @NDAvengers and they have been using their account to criticize the government and also update the public on claims of their attacks.

He also made mention of the company’s policies including that of “specific rule pertaining to violent threats”, which says that “you may not make threats of violence or promote violence, including threatening or promoting terrorism”.

Notice! This is to bring to your notice that our twitter handle @www.twitter.com/@ndavengers has been suspended and our blog @www.nigerdeltaavengers disabled. We use this medium to appeal to our fans and supporter to be very careful with any website or twitter claiming to represent us. We shall launch new accounts soon! We must continue the struggle!!!