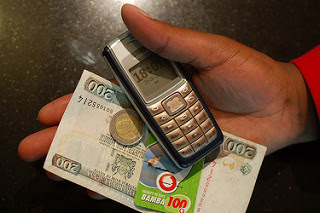 Just after Vodacom’s M-pesa joined an interoperable network that was set up by Tigo, Zantel and Airtel, Tanzanians can now transfer mobile money to each other regardless of the network provider.
In the year 2014, Tigo, Airtel and Zantel made an  agreement and announced that its customers will be able to send money with their mobile money account.
Over 26 million Tanzanian mobile money users on the 4 largest network will be able to carry out transactions with one another regardless of their mobile operators.
This is actually the first Africa universally interoperable mobile money network.
There has been 3.5 times increase in the value of total offline transactions since the agreement and announcement was made.
Tanzania is currently East Africa’s largest mobile money user and has now topped Kenya due to the 16 million mobile mobile financial user recording.
“We believe interoperability is crucial to the success of mobile money and the wider goal of increasing financial inclusion”, Tigo Tanzania Head of Mobile Financial Services, Ruan Swanepoel said.
“It is also a fundamental building block towards constructing a digital economy, enabling merchants and other startups to participate in the financial services ecosystem. Our aim going forward is to reach similar agreements with networks in other markets.”
MUST READ:  WhatsApp Will Be Blocked In Brazil For 3 Days