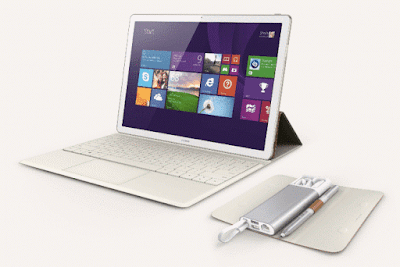 At Mobile World Congress (MWC) 2016, Huawei entered a hybrid tablet market with the MateBook, 2016.
The MateBook is a convertible 2 in 1 laptop that runs on windows 10 Pro. Sales starts at $699 (roughly Rs. 48,000) as price tag.
The MateBook has been designed with evidence to have been taken from the Microsoft Surface Pro 4 and the Samsung Galazy Tap Pro S. The Laptop has an aluminium unibody and is produced in two colours, as well as a finger print sensor.
The company has also offered keyboard price at $129 (roughly Rs. 8,800), a MatePen stylus which is priced at $59 (roughly Rs. 4,050), and a MateDock which is priced at $89 (roughly Rs. 6,100).
Just as the name implies, you can turn it into a laptop with the optional keyboard case, or use a stylus for creative works.
It Quad HD resolution follows a durable battery that can last about 9 hours.
Huawei MateBook charges with a USB Type-C connector and has a quick charging feature. The company claims it could go from zero to 60 percents in about an hour.
It is set to come in multiple configuration. Users can choose a Core m3, m5 or m7 CPU; 4 or 8GB of RAM; and between 128GB and 512GB of flash storage. 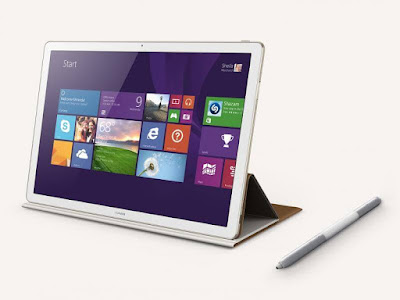 Brief Look at its specifications 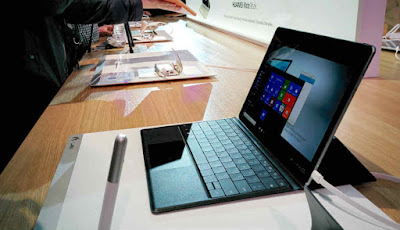