Skip to content
This is more of a promise by the tech giant, Apple, to give you a good night rest with a new iPhone feature.

The new Iphone feature is called the Night Shift, being able to automatically adjust your iPhone color balance to after sunset.

The Night shift feature works on phones with geolocation and uses the phone in built clock to tell when it’s already sundown. Thus automatically changes the onscreen colours to warmer colours like orange, white, red tones and fewer blue.

The company says using such colours will make you sleep immediately, backing up its point with the fact that your circadian rhythm are affected on exposure to bright blue light in the evening, making it difficult to sleep. 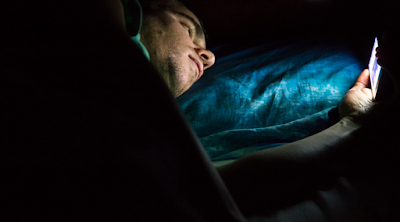 The colour shifting feature was initially an idea of other developers just before Apple adopted it.
This special feature comes on iOS 9.3 alongside other features like;

MUST READ:  Windows 10 Mobile Variant of Xiaomi Mi5 To be Launched

Ability to lock and unlock the note app with finger print or code as well as a modified version of the News and Health App.

Apple has also made an advanced educational offering, with a multi-user support prototype on its mobile devices. For schools using Ipads, both teachers and students can get relevant materials while logged in on any Ipad.

Leaked Advertisement Reveals The New BlackBerry "Killer" Device
Your Infinix Smartphone & Battery Might Be Fake! Here's How To Know
After What Happened, Do You Still Trust Samsung Smartphones?