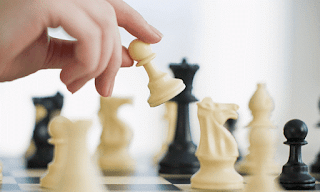 Have you ever tried learning chess or maybe you want to play a game that challenges your mind. What ever the reason it may be, with facebook messenger, you can actually play the game on your computer and even your smartphone.
To play this game with some one, you simply start a conversation with this “@fbchess play”, for you to be able to play this game, you just have to be familiar with the command codes used in moving pieces to different location on the board. Here are some of the navigation for this feature 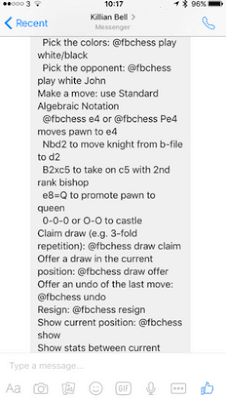 When you type “@fbchess play” in the widow, a chess board will pop up, telling you that the game has begun.
It has been reported that the commands use Standard Algebraic Notation, which makes the letter P stand for Pawn, N stand for Knight, letter b is bishop while R,K,Q are Rook, King and Queen respectively.
The chess board has been labeled with number and letters so that players can easily move to the desired location while using the specific command. 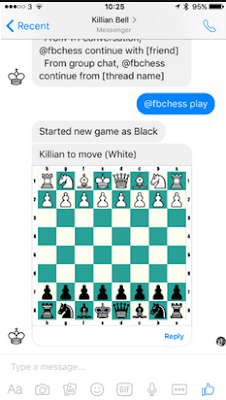 With the secret command, users can draw a game by typing “@fbchess draw offer” also undo a action by typing “@fbchess undo”
For more command help, all you have to do is type “@fbchess help”.
This feature is not one of facebook official feature on messenger, as with was discovered by a user on Reddit
MUST READ:  How Paraphrasing Tools Help Enhance Productivity in Content Creation?