This is another year, another Samsung Note, a further more, another S-Pen issue. This year, Samsung made sure the Galaxy Note7 users are not able to insert the S-Pen backwards, and yet a new flaw seems to be plaguing some styluses. 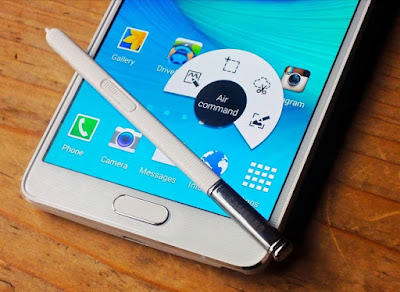 Right now, it seems, the mechanical button on the S-Pen, which usually ejects the stylus from the silo, may stop clicking very soon. And no clicking simply means the S-Pen will not be ejected from the note. You could probably get it out with the aid of a pin, or alternatively by hitting on the S-pen’s hole, however, once you start having issues with it, you may be left with no choice than doing this quite often.

MUST READ:  Samsung Galaxy S7 Active: After So Much Hype Has Been Confirmed "Not Water Resistant"
Currently, on YouTube, there are already a number of videos describing this issue and it is clearly the S-Pen fault. It seems that the click mechanism fails once in a while. A couple of people blame “waterproofing failure” because the problem started out after submerging the device in water, however, there are other which hadn’t exposed the S-Pen to water.
GSMARENA acquired a tip from one of the employees working within the telecommunication company that Samsung is very much aware of the predicament and has instructions employees at the front-office to handle the situation if any customer should come with a stuck S-Pen.
Although the S-Pen was successfully removed with a pin, the user will be given a new S-pen free of charge, he could as well get a redesigned one. But if it happens that the pen could not be removed easily, there is no other option than to send the device for service removal and a brand new S-Pen will be issued, too.
In the meantime, the company is advising all Note7 users to avoid pushing the S-Pen too tough onto the silo after the clicking sound. good enough, this is just the best advice for every user, who doesn’t plan on experiencing this possible flaw of their S-Pen.

We promise to follow this story until Jesus Comes! If solutions are made, we will update you. So why not subscribe to our newsletter and get the news straight to your inbox.