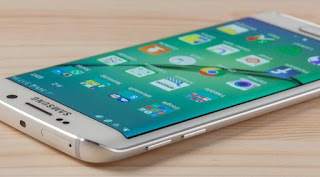 When it comes to near-identical design and feature specifications. It’s been more than once when Apple accused Samsung of lifting substantial features from the iPhone and in turn infringing on existing patents. This time around, rumors suggest Samsung might be planning to lift a key feature from the iPhone 6s for the company’s upcoming Galaxy S7 flagship.

As many of you may have already guessed, the feature in question is 3D Touch. Although it’s just speculation for now, it wouldn’t be surprising to see Samsung pull off such an act. Earlier, Samsung introduced the Samsung Pay feature with the Galaxy S6, which was a direct response to Apple Pay that was introduced few months before it.
This time around, Apple’s 3D Touch technology is under the limelight. 3D Touch responds to the intensity of user’s touch and can differentiate between various kinds of pressure. A report on Weibo suggests Samsung might use Synaptic’s ClearForce technology, which is similar to 3D Touch for all intents and purposes. Huawei has already used ClearForce in its new Mate S smartphone.
Synaptic has been associated with Samsung for a while now; this is not the first time Samsung may employ that company’s technology in its smartphones, thanks to earlier Galaxy Note models. There’s no confirmation yet on whether Samsung will have a 3D Touch-like feature in its upcoming flagships, so it’s best to take this with a grain of salt.
Moreover, another report from Vietnam says that Samsung is only going to unveil a single smartphone under its Edge lineup next year; this device could be the Galaxy S7. Even so, the Galaxy S7 Edge might come in two display variants — 5.2-inch and 5.8-inch; the larger variant is most likely to sport the curved Edge screen.
Apple’s 3D Touch technology garnered much attention even before the iPhone 6s launch, and Samsung is not the only manufacturer who is trying to get its hands on a similar technology. Huawei went one step ahead in September and introduced an exclusive variant of the Mate S smartphone with 3D Touch-like technology for carrying out functions such as zooming the image and game controls. Huawei also got a leg up on Apple by introducing the handset before the iPhone 6s launch.
To date, reviews have been generally positive on Apple’s 3D Touch, with some praising it for its intuitive control and satisfying feel, and others saying it’ll be some time before enough apps support it. For its part, although Samsung is doing well overall, it certainly has some work to do to boost sales of its Galaxy lineup, so the next-generation Galaxy S7 can’t arrive soon enough.