Skip to content
Consumer Report, a non-profit organization popularly known for testing products, says that Samsung’s Galaxy S7 Active that has been hyped as “water resistant” is not actually water resistant. 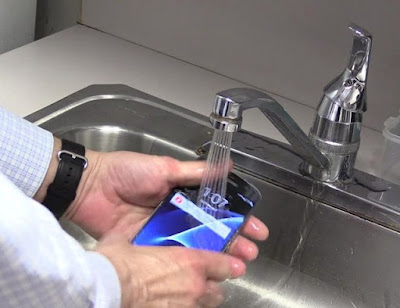 Consumer Report has said that it can’t recommend the Samsung Galaxy S7 Active simply because it doesn’t meet up with the claims made by Samsung.
In carrying out the test, two Galaxy S7 Active phones were placed in a tank of water, implying that the phones were about 5ft in water. After an hour, the first phone stopped working, the phone screen became non responsive and began to show green lines on the display. Its two camera lenses were also filled with water and bubbles.
In defense, Samsung said it was possible that its devices were “not as watertight” as they should have properly been.
The second phone after going through the same test, had similar faults as the first phone. Although Samsung’s website shows that the Galaxy S7 Active, being sold in US is IP68-Certified which means it could survive continuous immersion in water.
Ideally, consumer Report does not use the fact that a phone is water resistant to judge its efficiency, but when manufacturers brag that their products could survive immersion in water, then it must be proven.
About six years ago, Consumer Reports flagged a problem with the iPhone 4’s antenna just before Apple accepted it. The Sony Xperia Z5 was also proven not to be water resistant.
MUST READ:  Nokia 3310 Has Been Relaunched Once Again With 3G Network

According to Consumer Report, “when we recently evaluated the Galaxy S7 Active, it failed this test.”