It all started that  faithful day!
The day Samsung Galaxy Note7 was released to the public. Unaware to everyone, the phone could create fireworks! The unfriendly kind of firework. 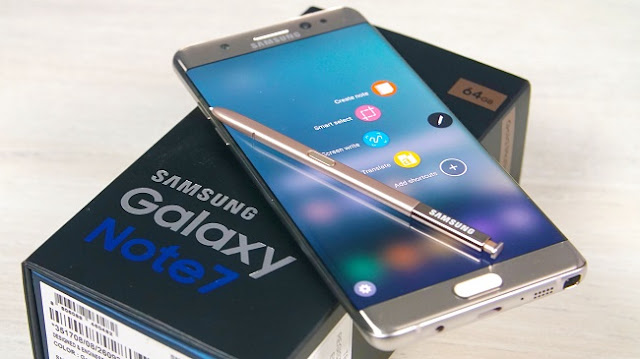 Well enough, the smartphone broke pre-order records in its home town, South Korea and impressively, damand of the Note 7 exceeded the supply.
Apologies came from Samsung claiming they never expected such  a number of demand and we forgave because we love them.
We were finally irritated when a user got a 2nd and 3rd-degree burns from the Note 7 battery explosion.
Another set of apology came, Samsung decided to recall all 2.5 million units that had been sold! Not long after the announcement, Samsung and its partners decided not to sell the Galaxy Note 7 until this problem is trashed out.
Gladly, they started fulfilling their promise by sending 500,000 Galaxy Note 7 Replacement to the US.
It seems all efforts are to no avail. Samsung has worked tirelessly to fix those bad devices yet another predicament has risen. The just replaced Note 7 units have been found to overheat and lose power quickly
A lot of customer in South Korea are complaining that their replaced Note 7 units are now overheating and draining the battery quicker than usual. Although this report has only been recorded in South Korea only.
It is very difficult to mention the specific cause of this problem and if the problem is limited to South Korea alone. Just after the recall, alot of customers were expecting a new unit free from issues but I guess they have just gotten an overheated device that’s going to hunt them.
According to Samsung, the issues are “completely unrelated to the batteries” and that they are “isolated cases” related to mass production, but also assured that it will be conducting close examinations of the issue.
Share61Tweet38Share15
Previous Post

Yahoo Was HACKED! 5 Things To Do If You've Ever Created An Account

Yahoo Was HACKED! 5 Things To Do If You've Ever Created An Account