Skip to content
Giant tech company, Xiaomi recently released the ‘Mi Smart Bike’, it’s very first electric bicycle at an event in China. Some people say it is ugly, but the truth is that it is ugly and as well affordable. When the company launched its electric folding bike, they made note that they are not just a smartphone manufacturing company but they also have other interest and products including tablets, smartphone, television models, wearable, power bank etc. 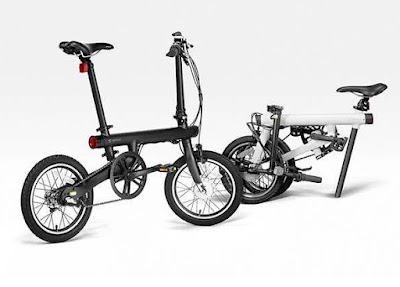 The bicycle, popularly known as Qicycle is actually made of carbon fibre and is completely built with different sensors and surprisingly weighs only 7 Kilogrammes. The Chinese company has made claim that since it Qicycle was affordable, car owners could keep a bicycle in their cars without it eating alot of space. And guess what! This anticipated ‘Mi Smart Bike’ has a price tag of 2,999 Chinese Yuan (approximately Rs. 30,000, 128,000 Nigerian Naira and 458 US Dollar).
During the launch, Xiami made boast of its new product saying that “Qicycle is not an ordinary bicycle” as it has gotten the Red Dot Design Award 2016. It is an electric bicycle that is able to fold and has been built with a motor that allows it to move forward.
The Xiaomi Qicycle relies on a 250W 36V electric motor and also a method called ‘Torque Measurement Method’ to help the rider’s pedal power.
The foldable bicycle uses an 18650mAh Panasonic battery that will help a user cycle up to 45Km. The company also added that its Qicycle comes with a battery management system, an electronic system designed to contain a rechargeable battery as well as protect it from working beyond its safe operating area. The battery management system does other functions like being able to monitor state, report and calculate secondary data. 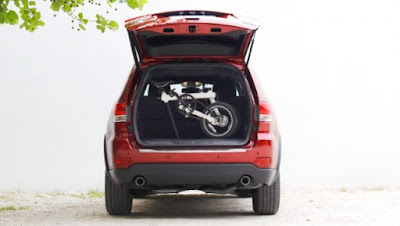 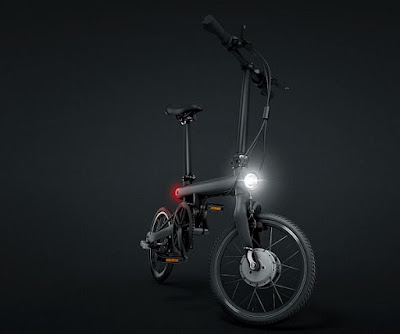 Here is something cool, the Qicycle can also be paddled manually with the help of Shmano Gear Shifters even when after the battery of the bicycle must have run out. Qicycle comes with an app that read fitness related parameters such as distance travelled, travelling speed and calories burned.
It’s quite true that alot of us have moved our interest to four wheeled cars. But definitely, this awesome bicycle is far better than its peers.
Could this just be the right innovation we all need? Kindly share your opinion.