Skip to content
A lot of you may think the iPhone 7 looks almost exactly like iPhone 6, but a  number of faithful are in a queue and already camping out in order to be among the first to lay their hands on this mindblowing device. 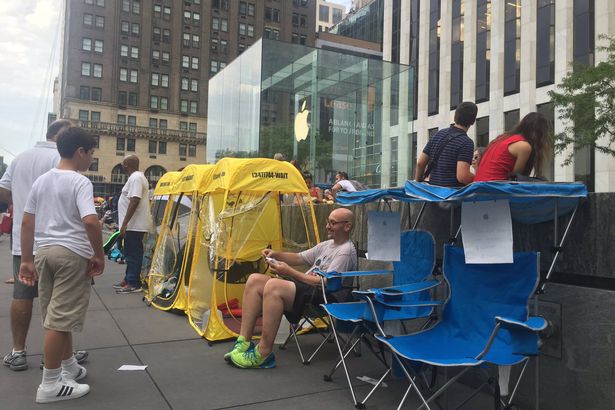 The iPhone 7 will not be launched until Friday however the loyal fans have already started the famous queues outside some of the outlets worldwide.
Currently in Germany and America camps has been setup since five days ago outside the stores on Kurfuerstendamm Boulevard in Berlin, and its flagship store on Fifth Avenue in New York.
A lot of fans are waiting five days ahead of the new iPhones release and some are even offering to charge between hundreds and thousands for their spot holding services
It is a familiar site every time Apple releases a new product but it seems this may be a record for the earliest people have started to queue.
MUST READ:  Have You Seen These Caviar Customized iPhone 8 and iPhone X? The Cheapest Cost Over 1 Million Naira

Photos of the queue 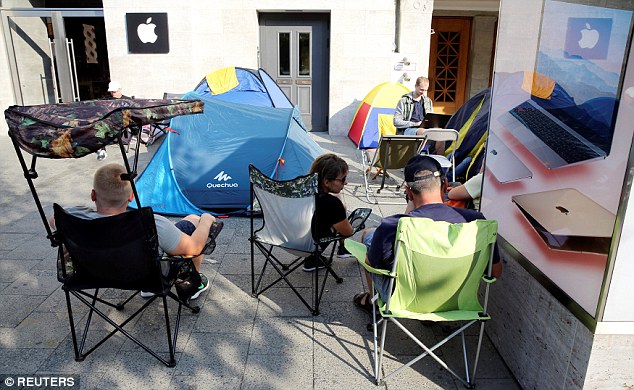 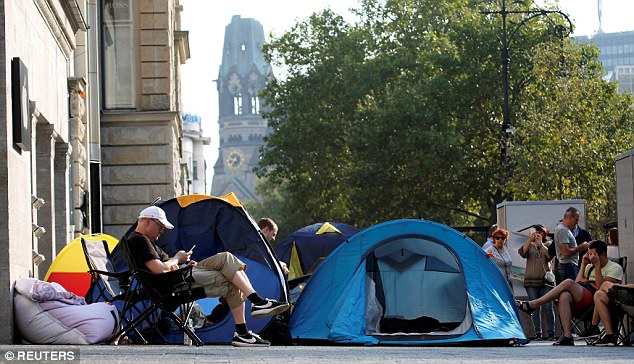 According to Harvard Zhang on Twitter, an intern at Bloomberg News, the first man in the queue has been waiting since August 25 – long before the iPhone 7 was even unveiled and some people are even asking for fees to keep spots in the queue.

Since 2007 the media have reported on people of all ages waiting in anticipation for a new iPhone with pizzas being ordered to be delivered to queues and friends waiting with their survival packs.
There was doubt over whether long lines of people would appear this year following reports sales had peaked and the hype for Apple’s products were fading – but clearly, this just isn’t the case.
MUST READ:  iPhone X, iPhone 8 and iPhone 8 Plus Key Specifications And Price In Nigeria, UK and US

Watch Video of People on Queue

Will wireless charging come to iPhone 8?

Apple could be adding wireless charging technology to its next-generation iPhone 8, according to a new patent application.
The news follows the launch of Apple’s iPhone 7 and iPhone 7 Plus last week.
The patent application, filed with the U.S. Patent and Trademark Office, shows images of a round charging device with a concave top, similar to the plastic wireless charger used by the Apple Watch.
Such a device would enable iPhone users to place their handset on top of the charger, which would be plugged into the mains, rather than attaching the iPhone directly using Apple’s Lightning charger.
This would mark the first time that Apple has included wireless charging on an iPhone.

How To Enable Disappearing Messages On WhatsApp: Video Tutorial
Owner Of iPhone 6 Sues Apple Over Unresponsive Touchscreens
iPhone X, iPhone 8 and iPhone 8 Plus Key Specifications And Price In Nigeria, UK and US
MUST READ:  Long Queue As Apple iPhone 7 Goes On Sale, Meet The First Person In Line To Buy One