Earlier in April, Opera made improvements to its browser by including a free VPN into the Desktop Opera. The feature was included in the Opera developers channel about a year after the company took ownership of SurfEasy, a Toronto-based company that creates VPN applications which are very much easy to use. 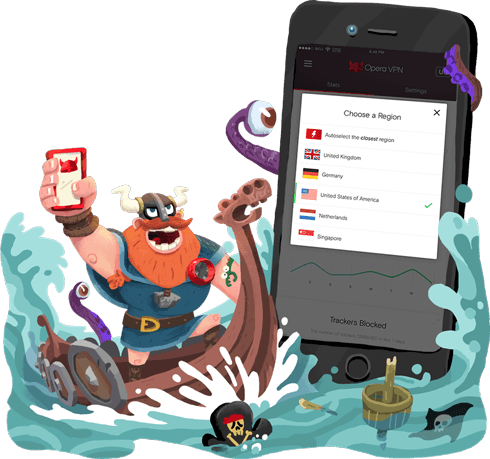 iOS had earlier received it’s Opera VPN application in may, now Android has finally joined the club.
One notable thing about the Opera VPN is that it is similar to the VPN in the Opera browsers. With hopes of adding more countries,  users can currently choose from a number of countries including USA, Germany, Singapore, Netherland and Canada.
Another exciting thing about the Opera VPN App is that it comes with a built-in ad tracking blocker, to restrict advertising networks from tracking your behaviour when you visit different sites. 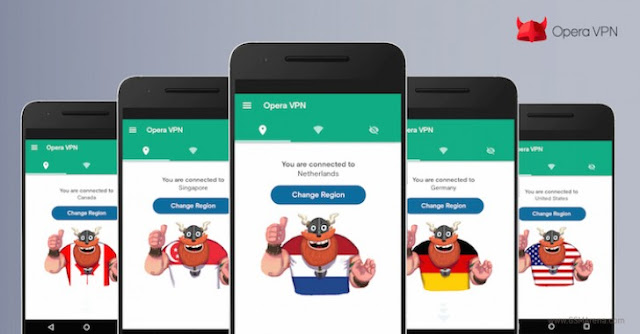 Clearing the air on the choice of VPN app, AndroidPolice said:

Opera VPN is not a substitute for a paid VPN. SurfEasy claims to not save logs of VPN activity from its users, but they obviously have to pay for their servers somehow (besides the advertisements in-app). The Popular Viking Mascot is pretty good as well.

Exclusively, Opera does not boast of its VPN as the most secure on the planet but is easy to use, able to grant you access to websites and web contents that may have been restricted in your home country and yeah! It’s Completely free