Skip to content
The tech company made mention that its new product, the OnePlus 3 will be officially launched on June 14. Yet they have been creating some excitements for fans even before the big launch date. After giving some free OnePlus Loop VR Headsets to a couple of fans, the company has shared some breath-taking sample photo shot from the OnePlus 3 Smartphone itself. 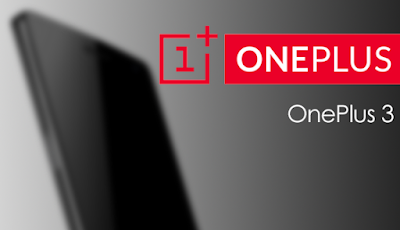 OnePlus Shares Picture Samples Of The OnePlus 3 Camera
On Wednesday, onePlus shared on Twitter, four good landscape images from the OnePlus3, the pictures reveals the cameras capabilities in different lighting conditions.
Although the photos are good, but they were not shared in their original size, hence making it difficult to judge both the camera and the quality of photos. 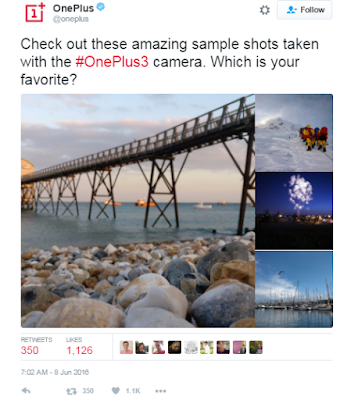 One of the photos was a shot of fireworks in low lighting condition, which implies that the OnePlus3 would come with quick focus and a larger aparture that would make it capture more details even in bad lighting.
There have been leaks from different sources that the OnePlus3 will come with an 8 mega pixel front camera and a 16 mega pixel rear camera.
Sources also claim the OnePlus 3 would feature a 5.5 inch display screen, a Qualcomm Snapdragon 820 chipset, USB Type-C port, fingerprint scanner, a battery of either 3,650mAh or 3,000mAh  with a fast charging ability. Fans expect it to run on the Android Marshmallow right from the box.
What do you think and how true could this be? Share your views while we seat and wait for the launch date, coming June 14th.

After What Happened, Do You Still Trust Samsung Smartphones?
Legendary Evans Has Kidnapped And Leaked The Upcoming Samsung Note 8
Gionee M2017 Will Be Unveild On December 26 With Tremendous 7,000 mAh Battery Capacity and MORE
MUST READ:  3 Things The New Nokia 8 Can Do That Your Infinix or Tecno Phone Can't Do