Just within a little time frame, Nokia has launched quite a number of Android-Powered phones, in the like of the Nokia 3, Nokia 5 and Nokia 8.

And as a matter of fact, it’s no news that the Nokia 9 is just around the corner. Coming alongside the Nokia 2 (a phone for average consumers). 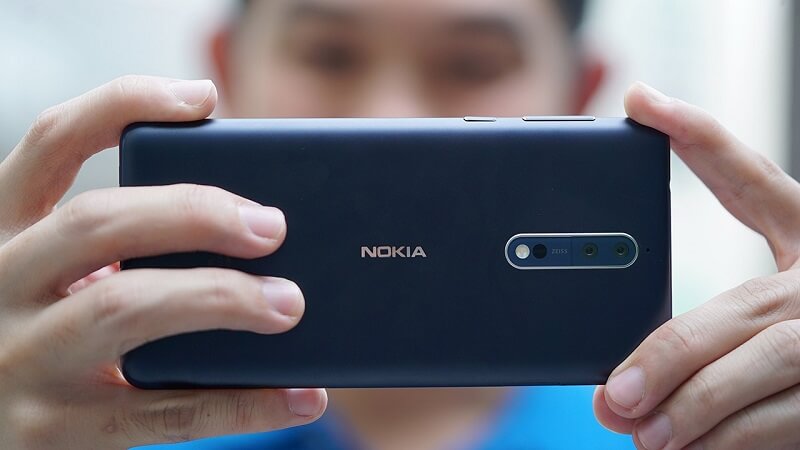 On the hunt to reclaim lost glory, Nokia’s new boss, HMD has made official confirmation that the Nokia 8 is going to get a new variant that packs a 6GB RAM and 128GB Internal Storage.

According to report notes, the new Nokia 8 Variant will be available October 20, 2017, in Europe (Germany to be precise). It will probably then hit the US cos right now, the Nokia 8 isn’t there.

MUST READ:  Samsung Is Releasing Another Dual Camera Phone. And It's Gonna Make You Jealous Of Galaxy Note 8 Users

What’s The Difference Between The New Variant And The Usual Nokia 8?

Aside from the 6GB RAM and 128GB Storage which you already know of, the Nokia 8 variant is going to be available in Polished Blue colour and will cost pretty much.

Hehe… don’t pretend like you weren’t already in love with them until Infinix and Tecno stole your heart.

And like it’s said, to be an alpha, you must kill and alpha (I got those lines from Teen Wolf).

If Nokia is going to become king, it definitely needs to please us and we’ll happily help them dethrone the already existing kings (Samsung and Apple).

What else do you think will make the Nokia 8 a rival to the iPhone X (if it’s not already)? Kindly share your thoughts in the comments.

MUST READ:  Why you Should Get Your Self a Gionee S Plus

Poll: What's Your Favourite Video Calling App?
8 Great Tips That Will Help You Take Better Photos With Your Camera Phone
Samsung Galaxy S7 Active: After So Much Hype Has Been Confirmed "Not Water Resistant"