Skip to content
Samsung has just made a new advertisement proving how good the Galaxy S7 battery life is. With no doubt, the Samsung Galaxy Note 7 presently has a hard grip on the smartphone industry. Like never before, lots of pre-order are piling up. But right now, it seems the Korean giant has just brought out the big guns in the breath taking S7 and S7 edge. The company is putting all efforts into marketing even before the Galaxy Note7 becomes available. 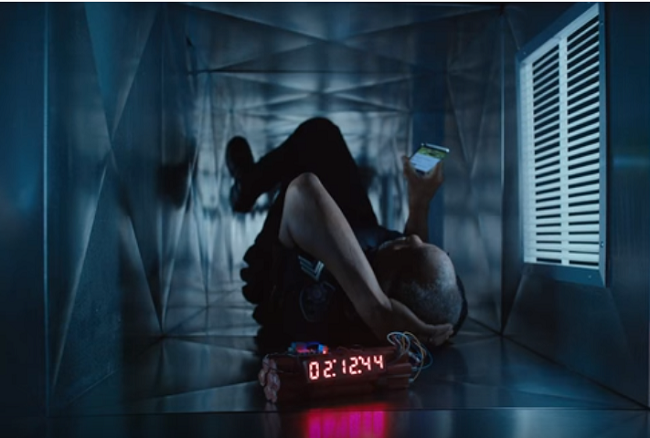 You probably remember a previous advert; the one that featured Lil Wayne and the water resistant phone. Well the new advertisement features a Hollywood action star, Danny Glover (a popular actor in Lethal Weapon series) and a couple of others. The whole point of the commercial happens to be on the battery life.

Danny Glover played the role of a Metropolitan police officer, who found a activated time bomb in what looks like an air vent. The bomb was showing 12 minutes count down but ironically to Danny the bomb was to go off in 12 hours. That gave him plenty of time to relax, watch some videos and play some games on his Galaxy S7. As part of the fun, the movie star did also take a nap in the advert.
MUST READ:  Marshmallow Updates Finally Comes To Samsung Galaxy Tab S 8.4

Watch the video below


In a review by GsmArena, the flagship device was measured around 98 hours of complete endurance rating for the device, meaning that the 12 hours of gaming and watching of videos could be a lie. But the advert was really fun to watch, it drives the message that a commercial ought to.

So if you are on the market and you need an excellent new phone, the Galaxy S7 is a good phone to consider, especially its edged variant that is presently dominating the Android sales charts.

Samsung Is Already Trying Out Google's New Android 7.0 On The Galaxy S7 and S7 Edge
Samsung Galaxy Tab Active 2: Specifications & Price
Odin Mode Samsung Guide: Quickest Way Out If Samsung Ever Got Stuck
MUST READ:  Still Wondering What The iPhone 8 Would Look Like? This 5 Seconds Video Tells Us Just 5 Things