Skip to content
According to the Nigerian Communications Commission (NCC), there has been a further reduction of users of Nigeria’s telecommunication networks to 92,409,962 as at late March, 2016.
This was made know to the public in a monthly internet subscriber data that was given to the News Agency of Nigeria (NAN). 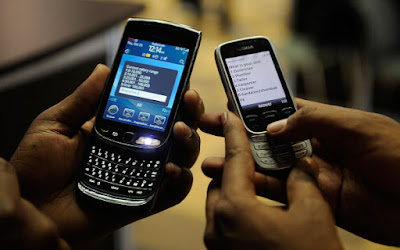 Airtel was not left out as they recorded an increase of 75,535 in internet subscribers compared to their previous record in February while Etisalat gained a total of 11,204 internet users in the month of March.

Activities of other network providers such as Multi-links and Visafone were also recorded;

Multi-links had 172 internet users in February and by March, they had 142 users. Thereby losing 30 customers.

With this analytic, you will find out that there is a serious reduction in Internet users and with this, we can never reach the 30 per cent broadband penetration by 2018. I believe network providers can make things easier for customers, what do you think?