You’re Humbly Invited To The Send Off Party of Mrs. Microsoft Paint

When I heard of this Microsoft doing, I wept bitterly. 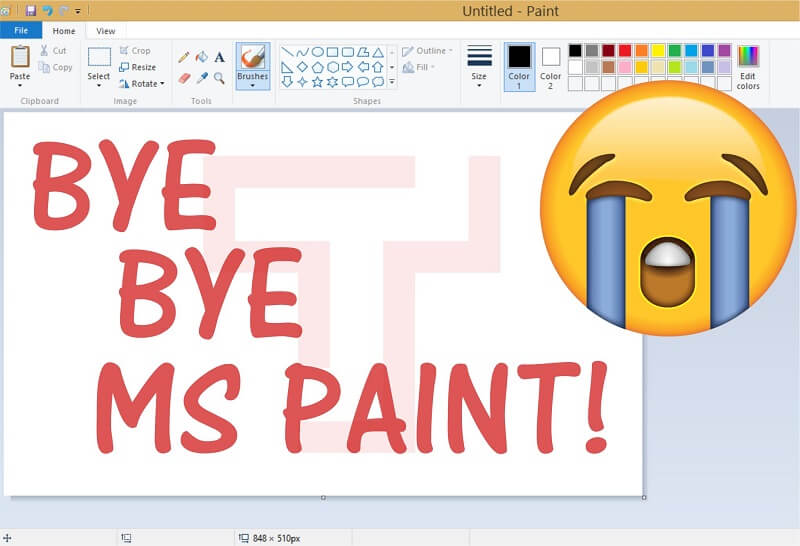 Well, am all the way up, nothing can stop me.

Shame on you if you don’t know MS Paint.

Like seriously, don’t tell me you’ve forgotten about Microsoft Paint already? (The famous image editing software on all Windows computer?).

If you still can’t remember, let me jog your memory.

Click on the Windows Button on your keyboard or the Start Menu on your monitor screen.

Now (by typing) search for “Paint”.

Did you find paint…

Hehe… Yeah, that’s the Paint that we’d no longer be seeing.

In a recent publication, Microsoft shared a list of services and applications they would take down in the upcoming Windows 10 update.

Microsoft had initially introduced Paint 3D, a new image software that gives more flexibility to the initial paint, giving you the opportunity to expand your set of drawing tools and also including 3D objects to your work.

It’s worth mentioning that Microsoft is not actually shutting down Paint,  but the Software won’t be included in the default software that usually comes with Microsoft.

Though Paint will still be available on Windows Store and can be downloaded by all users.

On hearing that Microsoft will be scrapping out Paint from the upcoming Windows 10 update, a couple of users actually took to the internet, lamenting the loss and leaving epic responses.

My brothers and sisters in tech, this should be a good news. Another step taken by Microsoft to serve us better.

Let me burst your bubble again…

I bet you never knew this,

Another bet you said Wow!

(hehe) I was going to say same. Since the Windows was first made, the MS Paint has always been included in every windows update.

Paint, we Shall Remember You In Our Heart!

While we all wait for the new Windows update (which would probably roll out later in the year), are you going to miss the Old Microsoft Paint?  Obey the consumer number one commandment; what says thou? Share your thoughts in the comment.
5 Fun Facts You Probably Don’t Know About Samsung

Nokia Will Announce A New Killer Android Phone This August