Skip to content
Virtual Reality company, Oculus will begin its yearly Oculus Connect developer conference tomorrow. Shockingly, the Facebook boss Mark has already release a teaser saying that the VR company will be showing off “something new” tomorrow. 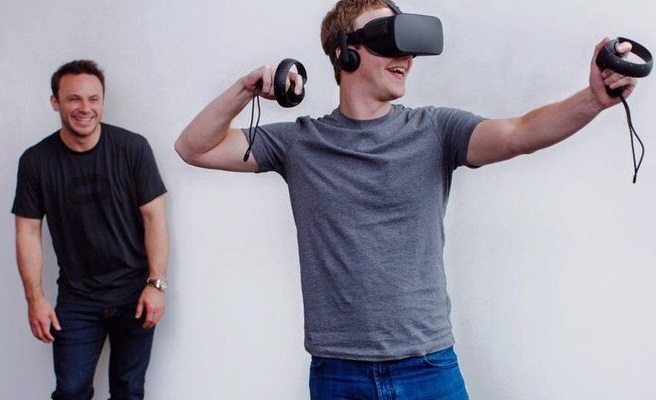 Early this morning, Facebook founder and CEO Mark Zuckerberg posted a picture of himself wearing the popular Oculus Rift and the yet-to-release Oculus Touch Controller,
Attached with the picture was a caption, he said.

Getting ready to demo something new we’ve been building in virtual reality. Tune in tomorrow at 10am pacific time to hear about the future of VR at Oculus Connect 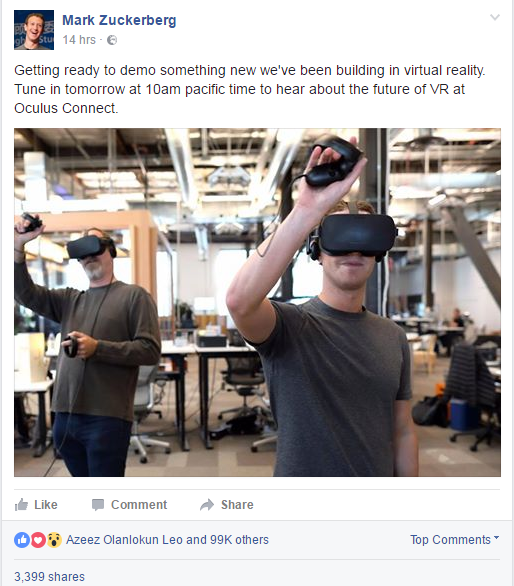 In case you’re wondering what an “Oculus VR” or “Oculus Rift” is;
The Oculus Rift is a virtual reality headset developed and manufactured by Oculus VR
The VR may look like a relatively simple device but it’s actually a pretty amazing piece of kit packing a wealth of cutting-edge tech. The hugely exciting virtual reality headset includes a whole bunch of amazing hardware designed to create a sense of complete immersion in a three-dimensional world.
MUST READ:  Samsung's 2016 Gear Virtual Reality Headset now available for pre-order

Personally, I have heard  so much of the Occulus and most especially the yet-to-release Oculus connect 3.  On my own opinion, the VR that will be release tomorrow will be a blast!

Hope you will tune in tomorrow at 10am pacific time to hear about the future of VR at Oculus Connect?

WhatsApp Plans On Sharing Your Phone Number with Facebook
Facebook Recaps Your Birthday Wishes And Turns Them Into A Video
Facebook Launches Workplace; A Platform To Promote Communication Between Businesses And Employees