Skip to content
The 32 year old entrepreneur and CEO of Facebook, Mark Zuckerberg has been having a busy month. Aside from chatting with The International Space Station astronauts making use of Facebook live, the young historic entrepreneur also observed two of his social media accounts hacked – Twitter and Pinterest. 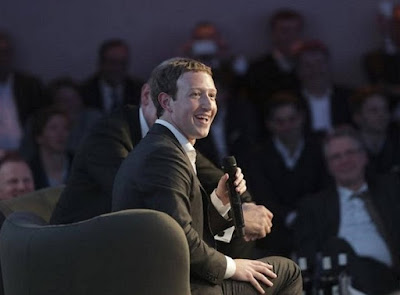 To make this month even busier, Zuckerberg on Wednesday revealed that his first Q&A session on Facebook live will be on Tuesday next week.
He made this announcement through a post on his Facebook profile, Zuckerberg said the Question and Answer session being powered by Facebook live will be totally different form the Townhall Question and Answers, saying it would be very much interactive.
Zuckerberg said the session will comprise of topics that users are interested in; topics such as “connecting the world, virtual reality, live video, philanthropy, artificial intelligence and more”.
Just like before, users can still leave questions that they want to ask Mark on the Facebook post. The question with the highest vote will be answered by the Facebook CEO. So don’t forget to drop your question through the comment and also like other peoples questions that interest you.
The Facebook live Question and Answers session with Mark Zuckerberg has been scheduled for 11:30am PT on Tuesday (12am IST on Wednesday).
MUST READ:  Facebook Now Has More Active People Than China's Whole Population?
Facebook has invested a lot into its new live platform, and in the recent past has enlarged the feature in various ways. This recent Q&A session will function as an example of the usefulness of the platform, one thing the company was clearly trying to do with its ISS Facebook Live session earlier this month.

WhatsApp Plans On Sharing Your Phone Number with Facebook
Facebook Launches “Marketplace” - An E-commerce Platform Where You Can Buy Almost Everything
Facebook Now Has More Active People Than China's Whole Population?