Skip to content
A man was caught at a rock show with 38 stolen phones, all stuffed in his trouser.

The suspected thief has been arrested by the west midlands police at Birmingham’s Barclay Card Arena on Wednesday night.

The police are currently appealing to all those who attended the concert and had their phones stolen to contact the police.

Due to this incidence, the overseer of local police in the city, Inspector Gareth Morris said “it’s an unfortunate reality that large crowds at concert such as this make rich picking for career criminals. We are hot on the heels of these offenders but you can reduce all charge of you becoming victim of such crime by being extra vigilant when attending busy events like the concert” 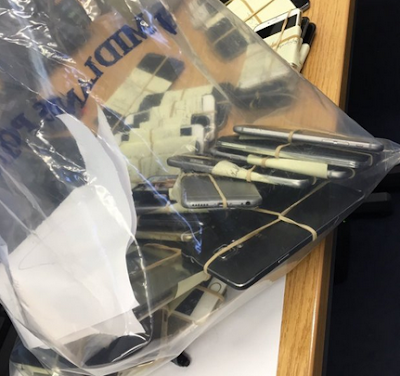 He also said that all those who believe their phones were taken should get in touch with the police so that they would check it they were able to recover it.
MUST READ:  Airtel Free Facebook: Why You Won’t Enjoy It

Apply for the 2016 Tech-I global competition
Ear buds that won’t tangle
Has Technology Saved Us or Enslaved Us?