An Non-Governmental Organization (NGO) in Kano State, Nigeria, Centre for Information Technology and Development (CITAD), is blaming the massive failure of students in the recent JAMB examination on the poor internet services in the country. 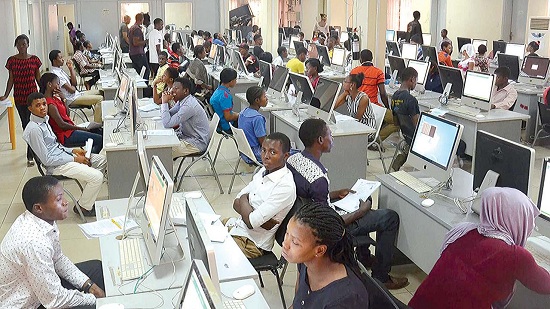 Alhaji Yunusa Ya’u, the Executive Director of the technology organisation said this while he gave attention to campaign on good and effective internet service delivery in Kano.
“Slow speed has many implications, one of which was recently seen during this year’s JAMB CBT examination”.
“As candidates are auto-timed to respond to questions, a slow Internet means that even before student was able to load question, his or her time was off and therefore scored zero for that question,” he also said.
He added that “Swift and CheapNet” is part of the Africa-wide campaign code named “FastAfrica” which stands for Fast, Affordable, Safe and Transparent Internet for all in Africa.’’
According to him, it is a campaign formed by the World Wide Web Foundation’s Web and they intends forming an Alliance for affordable Internet (A4AI) across over 30 groups Africa.
Ya’u said that the whole idea behind the campaign is to point out the need to work with different stakeholders in ensuring that the speed of internet is improved.
In a week-long campaign, he said the organisation intends to bring public awareness through different public enlightenment programmes that will make the public start demanding for a faster and affordable internet access in the country.
“We shall also engage providers and the regulatory on the need to initiate processes that will improve the speed of Internet access and make it cheaper in the country”, he concluded.
Share61Tweet38Share15
Previous Post