In planet Earth today, getting access to the internet is not an issue to those developed regions of the world. We have Google, Facebook, Twitter and a host of other, all at our finger tip just to break communication barrier, create a world of entertainment, education and shopping. 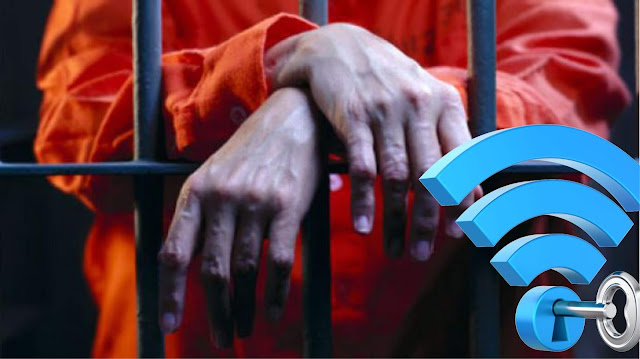 Yet “a lot of us take that for granted”

In Nigeria, there are no such things as comfortable Juvenile facilities, talk more of one with internet service. This simply means there is no way for Nigeria’s 57,000 + inmates to get on the web.

It’s such a pity that some inmates get punished in some Countries when their families or relatives post on the web on their behalf.

Prison authorities are more concerned that unremorseful inmates would use the internet to harass or impose more treat on their victims; the reason why they might be behind bars in the first place.

Despite how deep we’ve gotten into the technology age, the internet has become so much part of us that denying inmates internet access can be seen as being cruel.

How on Earth are they suppose to prepare for the world outside?

Don’t you think it would be nice for inmates to report on conditions in their various prisons?

According to the declaration made by the UN on May 2011, internet access is now a fundamental human right. Here is a shocker! It is not the obligation of a prison to maintain inmates.

The duties of prison warders are to ensure that prisoners get basic mental and medical healthcare. Internet access is never a priority and is not one of those duties.

For a moment, let me take you outside the borders of Nigeria, precisely to America. There is a man by name Ryan Baxter, an inmate serving a 10 years sentence for possession of drugs with intentions to deliver them.

MUST READ:  Easy Ways On How To Earn Money Fast Online

This man uses a tablet to stay in contact with his family. Although his family visits him every few months, the only way he gets in touch with the outside world is through his mail. He gets to use his tablet for about 2 to 4 hours on daily basis, most of the time spend on this tablet are to play games and listen to music. His email is like an oxygen supply for him.

If i get a little depressed or have thoughts I need to get off my chest i can sit down and type them out on the tablet without having to wait in line at the kiosk, most of my family is on the west or east coast, so email is great for inmates like me who don’t have as many physical visits with their family

Most prisons in the western world have placed restrict on any internet activity aside email, while in some crucial cases, inmates are banned from Facebook – friends, families or relatives are as well banned from posting on their behalf.

Things are way different here in Nigeria. In my years of living in the country, I’m yet to see a conducive prison – one with steady power supply and of course with INTERNET!

If you’ve seen any, quote me on the comment! A change in environment would be nice for me.

Since the western world has created a technological standard that we ‘Africans’ ought to follow, this discussion will be baseless if our facts lie solely in African.

MUST READ:  Could This Be Another Hype? Vivo Shows Off A Transparent Phone

Although no one is being ruled by colonial masters anymore, it’s so obvious that inmates are treat like captive rather that convict.

Don’t be surprise – in February 2015, Electronic Frontier Foundation, (EFF) issued a report, revealing how the South Carolina department of correction punished close to 400 inmates for “conspiracy, aiding (or) abetting in the creation or updating of an internet website or social networking site”

According to the report, the average punishment given to inmates who accessed the internet is 517 days of disciplinary detention.

Indiana, Texas, New Mexico and a host of others restrict prisoners from having any active social media account, Facebook own terms of service likewise forbid family members or friends from managing an individual’s account.

Things got though after EFF’s report; Facebook decided to make it harder to remove inmate’s pages and now demands legal authority to deactivate accounts believed to be a threat to safety.

I must confess; “inmates are treated harshly”

But there is a bright side; Jpay tablets are used in some prisons in the United State. There was a time when JPay distributed 80,000 of its JPSS tablets to inmates in the US.

The 7-inch Android tablets were preloaded with 20 apps including email, music player, an ebook reader, games and tutorials on how to improve professional skills, with an aim of “improving prison culture and reducing recidivism.”

With all claim of improving blah blah blah…  JPay of course made some profit from that distribution. 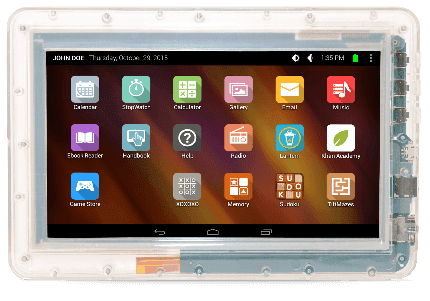 According to Prison Policy Initiative, a couple of prison email service providers charge within 5 cents to $1.25 for each message.

MUST READ:  [Video] This Is What Happens When You Poke Your Phone Battery

Jpay sells the tablet for $120 to prisoners and their families, $10 to send a 30 minutes video message and 35 cents to send and receive email messages

Before I ask you what your take on this is, here is a quote by Brian Hill, CEO Edovo

Every prison should be connected, but  I fear they wouldn’t secure it properly. All you need is one message to a victim.

Now let us judge that with the 21st century. According to Brain Hill, most prison warders are nonchalant to technology. He says let every prison be connected.

What if the unknown happens?

What if an open internet access is given to inmates and then his greatest fear happens – they don’t know how to secure it.

Then all that is needed is an inmate to send a violent or improper email or Facebook message to a victim.

I bet if such a disaster happens in any Nigeria prison, Linda Ikaji will blog about it, Vanguard newspaper will carry it then it will hit Nairaland front page.

At the end of the day, that prison will use that data point to ensure that no one ever gets connected again.

Now I’ll throw the question to you. Since Internet access is a Human Right, Should Prisoners be given internet access behind bars?