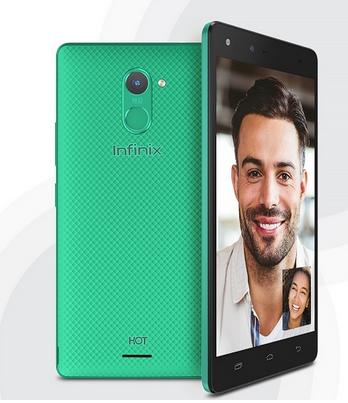 Out of now where, it came as a surprise to the world since the Infinix Hot 3 was recently released earlier this year, no one was expecting the release of the Hot 4 till next year. Nevertheless, the move by the company is aimed towards flooding the Nigerian market with numerious Infinix phones as possible.
Specifications for the Infinix Hot 4 are just like the usual specifications. But in terms of battery capacity and screen size, it’s better off than the Hot S. For the build quality and performance, it’s just a different story. Check out a summary of the Hot 4 specifications
Price on Jumia: ₦ 36,900
Screen: 5.5″ HD Display
Model: Infinix X557
External Memory: 32GB micro SD
RAM: 2GB
Internal Memory: 16GB
SIM: Dual micro
CPU: MT6580 Quad Core Cortex; 1.3GHz
Operating System: XOS (Based on Android Marshmallow)
Camera: 8MP Back, 5MP Front
Battery: 4,000mAh
Finger print sensor: Yes

Here are the specifications of the Hot S

Price on Jumia: ₦ 46,500
Screen: 5.2″ HD
Model: Infinix X521
RAM: 2GB
Internal Memory: 16GB
SIM: Dual micro
Processor:  MediaTek MTK6753 Octa-Core
Operating System: Android 6.0 Marshmallow
Camera: 13MP (Back), 8MP (Front)
Finger print sensor: Yes
Battery: 3000mAh
For those who are in search of a new phone and believe in battery strength rather than technical features, the Hot 4 should end your search. But for the phone freaks, the Hot S which has a good set of camera is the best choice although it is more expensive than the Infinix Hot 4.
The phone brand claims that the Infinix Hot 4 comes with a smart voice feature which helps give the device a better sound quality even it noisy places. When we asked a few of our friends the replied by saying “the difference is clear”

A Gun That Folds Up To Look Just Like A Smartphone Has Gotten Police Officers Terrified
OnePlus Shares Picture Samples Of The OnePlus 3 Camera
A Smart Candle Exists! It Glows At The Command Of Your Smartphone
MUST READ:  CAT Hopes To Steal Nokia's Title With This 5,000mAh Battery Capacity Smartphone That Allows You Share Battery Life With Your Friends