Skip to content
They said China things don’t last, how about the ones made in our beloved Nation Nigeria? 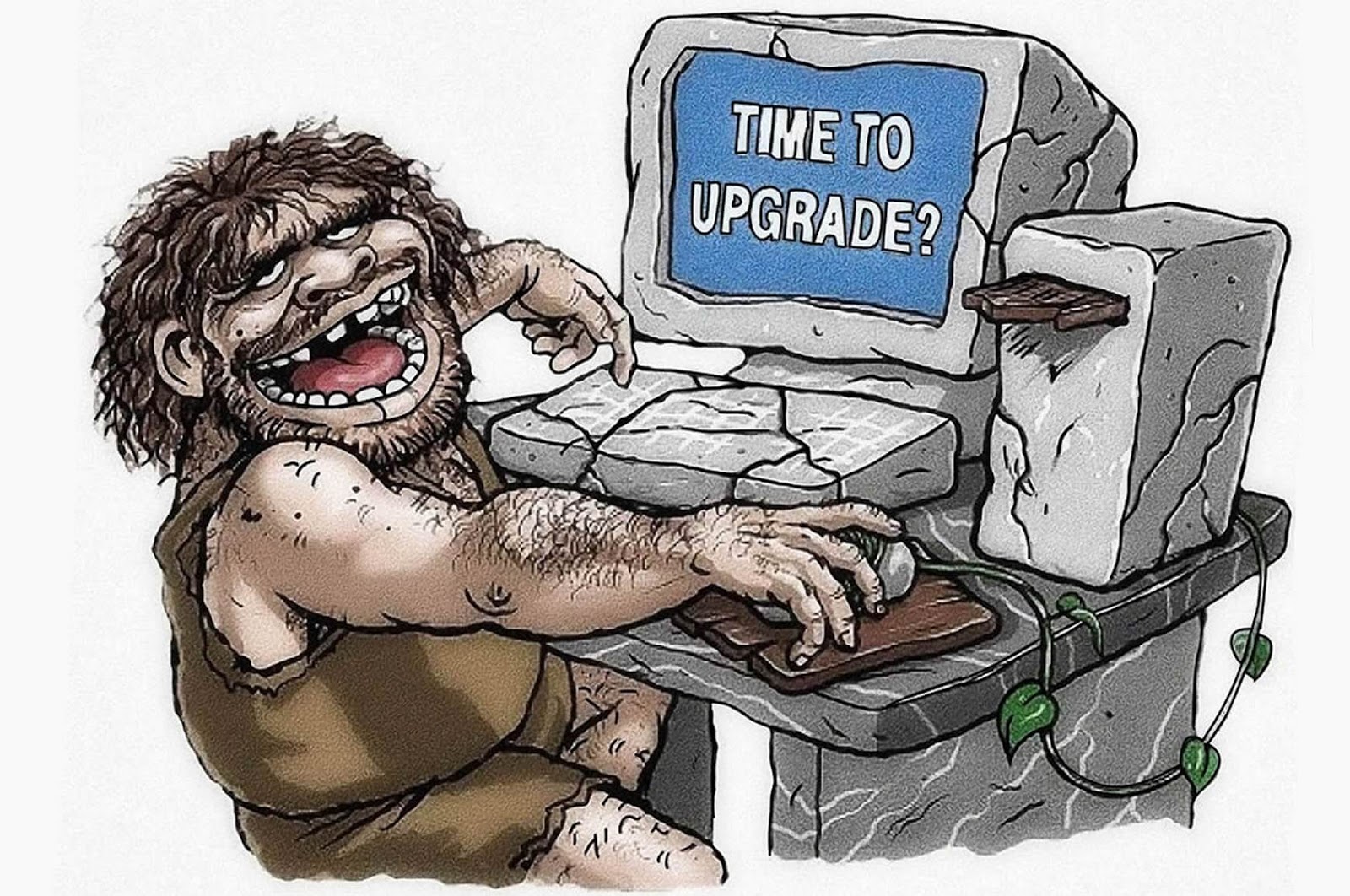 I’ve got a confession.

But before I confess, you have to promise me that you won’t go telling the whole world that…

I might lose my swagger cos. It’s really bad.

Remember the adage that says “you don’t teach someone how to write with left hand at old age”? If you remember, that’s good! Now don’t go spoil me. I beg of you.

At ‘this’ my age, It is now am knowing the difference between Computers, COMPUTERS and COM-PU-TAS.

So pathetic right? (Don’t blame me, am just like you). The only difference is that you are at times too serious!

Yes you are! Don’t even start denying it. 👺

Yes, you are too serious. Okkkkayy, if you’re not, then why haven’t you SUBSCRIBED to my email list? We’re connecting all consumers, for the apocalypse. Do that now, before… 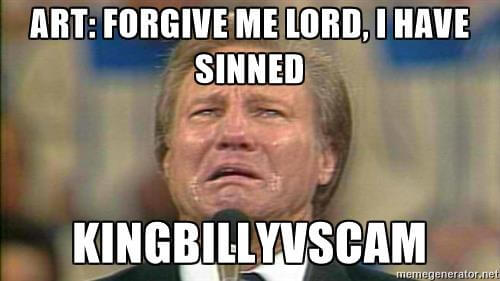 Seriously speaking I had always though the government would never op-in for anything ‘substandard’.

– Look at our President, why does he travel out to take medications, is it not because he wants (standard) and not substandard?

I had always hoped that #Change would become a standard, maybe I was wrong?

– INEC started using PVC for elections, isn’t that a pursuit for standard?

But I think someone is either been too patriotic or silly. 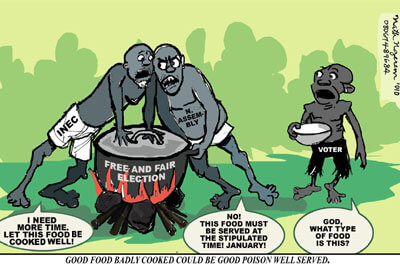 This leads to My Experience At INEC Office Warri

This part is supposed to be where I tell you the Caliber of Com-pu-tas INEC Issued for registration.

MUST READ:  Dial This Code To Check Your Current Airtel Tariff Plan

In anticipation of 2019 election, news got to me that INEC had started registering individuals and issuing temporary voter’s card. Base on one or two logistics, I decided to get a new one so I could be part of the statistic to exercise my franchise and cast my vote for…. 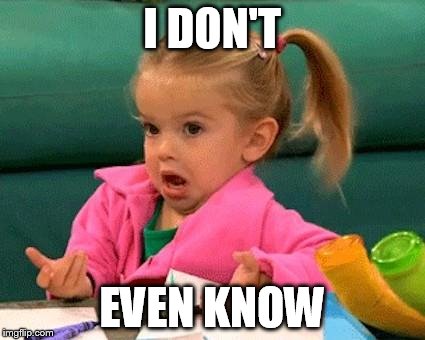 After weeks of forming Mr. Busy, I decided to go to INEC’s office the next month. My first day there was disappointing. I got there late; they had stopped issuing the registration form (an A4 paper printed in full colour) for that day.

I went home filing unfulfilled. Since that was a Friday, I cleared my schedules and made plans to repay them a visit come Monday.

Left my home, got to their office ‘almost’ late. A long queue was already waiting me, the whole place was noisy. “Nigerians were not smiling” (You know nah).

It seemed like they weren’t going to attend to people that day. One of the officials claimed they had been given instructions from ‘ABOVE’ to retract the forms given out the previous day(s) and complete those registrations before giving out more forms.

Finally, I got noticed! I talked with the man who I suppose is in-charge, he handed me a form and ushered me into an average looking office, with about 4 laptops left in the open for everyone to see.

On going in, I met another queue (fewer than the first), most of people here had collected forms the previous day and have come back for the registration. And so it was a long time of waiting.

Registering a person would usually not take up to 15 minutes but the so called COM-PU-TAS were not willing to corporate!

It happened not just once, not twice, not trice, not….

In a geometric sequence, their PC kept on hanging and would only ‘come back to its senses’ when it was boot up again’

I got pissed with the condition and so decided to ask the INEC official carrying out the registration. (He was a gentle man though).

Out of love for his job or the body he works for, he politely said, “the systems are giving us problem”

I became curious (stretching my neck to get a better look at the laptop). Oh My Gosh! It was the made-in-Nigeria Computer. #Zinox 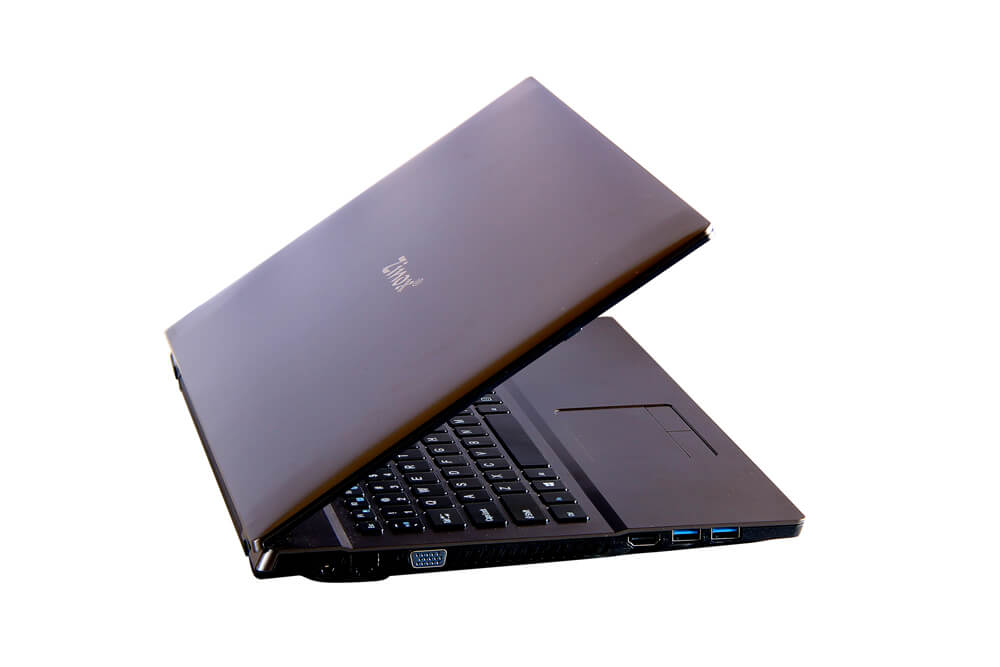 Does that name ring a bell?

Zinox Technologies Ltd is believed to be Africa’s most integrated ICT firm, launched in 2001 by a team of tested ICT technocrats, led by Mr. Leo Stan Ekeh.

They’re the pioneers of MADE-IN-NIGERIA computers.

Though rumours in town are saying they really don’t make computers – they assemble parts.

Zinox etched its name into the global IT history books by notching a lot of ‘firsts’, which are as follow;

– the first ever internationally certified branded computers OEM in West Africa
– the first computer company in the world to incorporate the Naira sign on its keyboard (please clap for them)
– and the first metropolitan Wimax solution in Nigeria.

Anyway, I gave it a cursory gaze and from the first impression, I hate to believe what the crowd is saying. I’ll leave Zinox to clear the air on this.

I do commend the effort they’re putting in creating indigenous computers. But a lot of folks think otherwise. 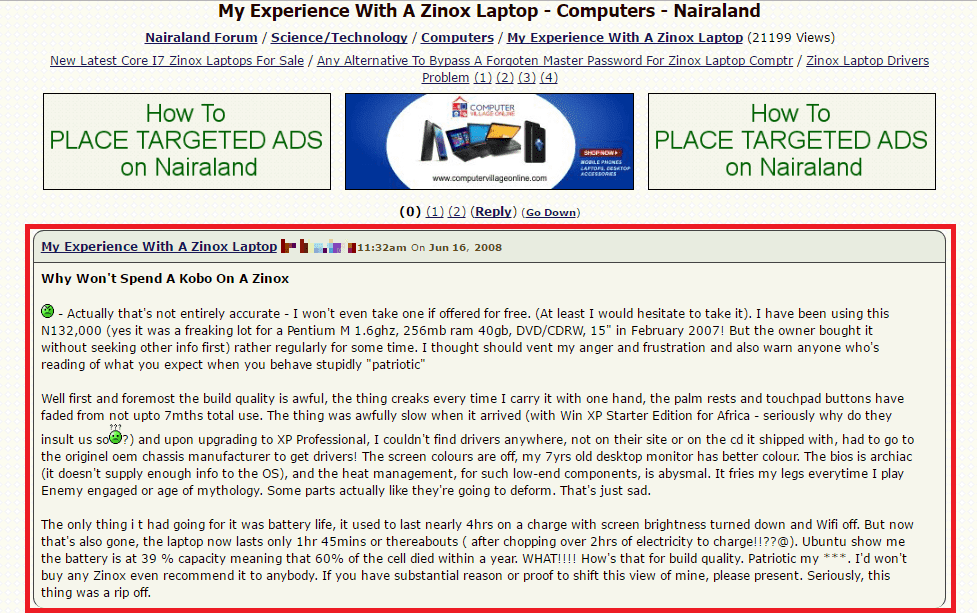 Some say the design is awful and the computer itself is awfully slow. How true is that?

Hate to conclude cos. I have never bought or used one. If peradventure you own a Zinox product or you’ve used one before, Kindly share your experience in the comment section below.

Speaking from experience, the NairaLander talking about the Zinox Laptop he bought, (FYI: he threw a lot of shades at them).

What about the batteries?

We’ll, if what the Nairalander says about the battery is true. Then that sounds almost normal. With time, laptop batteries loose their efficiency. Am currently using Hp Pavilion, the battery doesn’t last me 2 minutes on full recharge anymore. I know it’s bad (am planning to change it, before the devil comes knocking) Hehe.

The good news is that; after waiting so long, I finally did my registration and got my Voters Card.  #Hehe #BasedOnLogistics #WhoIBe

So what do you think about INEC using a made-in-Nigeria computer that is reducing efficiency of work. Patriotic or what? Share your thoughts.

DON’T GET LEFT OUT! I’LL BE HOSTING A GIVEAWAY HERE AT TECHKIBAY. DROP YOU EMAIL and GET NOTIFIED WHEN THE GIVEAWAY STARTS. (Prices are not so big but its worth something. Remember that one way to qualify is by dropping your thoughts and opinions on technological matters I’ll be posting.

And also, I’ll be sharing one of my crazy technological adventures from the streets of Warri. If you missed WARRI GIRLS AND IPHONES (I recommend you read it), you shouldn’t miss the next! Once again, thanks for stopping by.

Konga.com Has Been Sold Out - 5,000 Nigerians To Be Employed By Its New Owner
5 Hilarious 'LIES' Some Nigerians Told To Hype iPhone 7
Facebook Founder Mark Zuckerberg Storms Nigeria