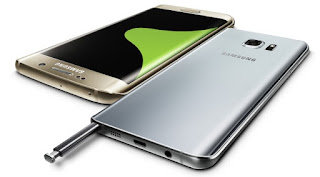 For the past few years, two companies have accounted for virtually every scrap of profit in the smartphone business:
Apple and Samsung. Even this comparison, however, is misleading, since it implies that the two companies split the market more-or-less equally. In reality, Apple captures the overwhelming majority of the profit. Now, one analyst is predicting that slumping sales at Samsung could lead it to abandon the Android market altogether.

The argument is straightforward: Because Samsung doesn’t own its own operating system, it can’t prevent third-party manufacturers from slipping in and cutting prices while offering equivalent products. It also explains why Samsung attempted to create its own Tizen OS, even though that didn’t work out in the end. Regardless, this creates a race-to-the-bottom mentality that favors low-cost Chinese manufacturers like Huawei and Xiaomi over the likes of Samsung. Not coincidentally, it also favors companies like MediaTek and Rockchip, and we’ve seen SoC sales from these vendors boom in recent years, as the carriers that use them gain market share worldwide.

MUST READ:  Top 5 Computer Gadgets You Must Have