Skip to content
According to the Minister of Communications Technology, Mr Adebayo Shittu, Nigeria’s mobile subscriptions hit 150m
And is now on the regional level reading a  teledensity of 107.61,

At the just concluded World Radiocommunication Conference of the International Telecommunications Union (ITU) held in Geneva, the Minister showed his remarks, Switzerland said
“building a knowledge-driven economy through Information and Communications Technology, ICT, would be a priority of President Muhammadu Buhari led administration.”

According to a statement by his Special Assistant on Media, Victor Oluwadamilare, the Minister has promised that his administration would pursue a policy that would make broadband penetration affordable to enhance the quality of both education and health-care delivery in Nigeria and also to create job opportunities for it’s citizens.

The minister said that the “increase and affordable broadband penetration and access would promote innovations”, adding that “it will also enhance the quality of education and health-care delivery, increase job opportunities and wealth creation and reduce poverty.”

MUST READ:  How To Lock & Unlock WhatsApp With Fingerprint On Android

It quoted the Minister as saying that “this is a very important Conference, because 14 years ago, Nigeria came to limelight in the Telecommunications/ICT sector as a result of transparent auction of frequency spectrum and licensing of the initial three digital mobile operators licences for the provision of GSM services in the country”.

“Since the GSM revolution, Nigeria has continued to witness tremendous progress and growth in the Telecommunications and ICT sector of our economy, while Nigeria had less than 500, 000 fixed telephone lines as at January, 2001, the country now has an estimated mobile subscriptions of 150million and tele-density of 107.61”.

According to the statement, the Minister said: “Nigeria has a National Broadband Plan, which is aimed at providing in the minimum, ubiquitous and affordable 3G coverage of mobile broadband access to at least 80 percent of the population by the year 2018”. 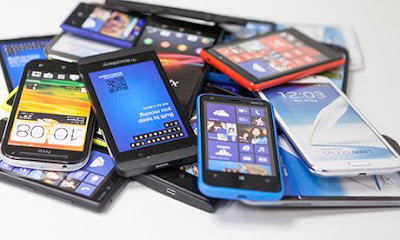 “We believe that the decision taken at this conference after four weeks of deliberations is a significant milestone to sustaining the future in all spheres of human endeavour”. Mr Shittu added that “it will go a long way to assist relevant stakeholders develop and use appropriate technologies that would help in the implementation of their respective country’s broadband agenda and provision of other important services”.

Since it was the World Radiocommunication Conference of the International Telecommunications Union, a couple of speach were recorded by the media as the Minister, while appreciating the quality of deliberations at the conference also said
“I salute all of you for your hard work and spirit of consensus and compromises during your deliberations by experts and professionals of Administrations to allocate spectrum for use by various radiocommunication services and applications, complicated and contentious issues notwithstanding”.

The statement further said: “Nigeria made history at this year’s edition of WRC-15, as the Conference was chaired by the Director (Spectrum Management) in the Federal Ministry of Communications, Engr. Festus Daudu. This was the first time in the 150 years history of the ITU that an African Country would chair the Conference.

“Engr. Daudu, who was awarded a medal of excellence for his outstanding leadership qualities during the month-long conference, received encomiums from member states for the matured and professional way he handled the proceedings between 2nd- 27th November, 2015.

“The World Radiocommunication Conference (WRC-15) was organised by the International Telecommunications Union (ITU), for which Nigeria has been a member since 1961. ITU is a specialised Agency of the United Nations responsible for Information and Communication Technologies. The Conference holds once in every four years.”