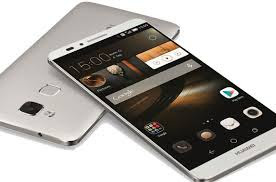 Huawei Technologies Co. has become the largest smartphone maker in China
In the third quarter, unseating Xiaomi Corp., whose shipments declined from a year earlier, the latest data from a research company showed.

Huawei’s smartphone shipments in the quarter ended Sept. 30 rose 81% from a year earlier, research firm Canalys said Thursday, adding that it was the first time for Huawei to become No. 1 in China, the world’s largest smartphone market.

By contrast, Xiaomi’s shipments in the quarter fell from the same quarter of the previous year for the first time, Canalys said.

Xiaomi has grown rapidly over the past few years in China by selling low-cost smartphones online and creating buzz through social media.

The third-quarter data are the latest indication that Xiaomi may be starting to lose momentum in China. As Xiaomi still relies mostly on the domestic market for growth, a slowdown in China could cast doubts on its road ahead, analysts say.

Canalys didn’t disclose exact market-share figures, saying it will release a more detailed third-quarter report at the end of October.