Skip to content
Google came up with an interesting doodle for the Rio Olympics and no one saw it coming. In order to mark the beginning of the Rio Olympics 2016, Google also released its very own fruit game as the competition commences on 5th August. 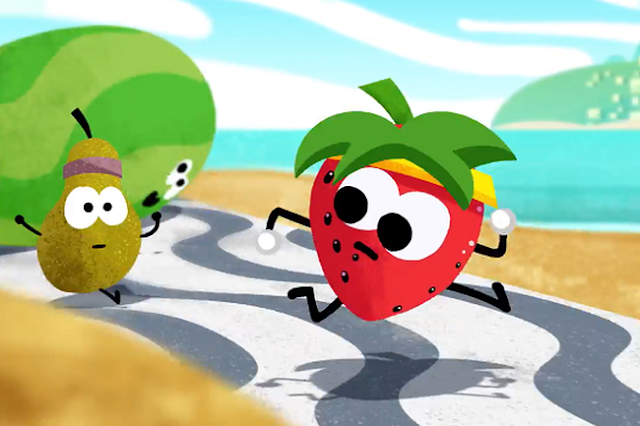 Google actually made thing more engaging and fun. They did not only create a video wherein some colorful fruits were seen racing and competing with passion; Google will as well introduce an application of 7 fruity games for both Android and iOS users. In the game, fruits will get to compete with each other in different sports like swimming, tennis, biking, water polo, etc.
Concerning this development, Google said;

For the next couple of weeks, we’ll journey to an otherwise unassuming fruit stand in Rio, where produce from all over the market competes for the title of freshest fruit

The video made by Google started with a pineapple whistling the start of the game. Suddenly a strawberry dashes off to the finish line with all its might. Next was a coconut pedaling with its strength. It was more than the survival of the fittest.

Watch the video below

To crown it all, Google used this opportunity to introduce some ‘enhanced features‘ for Google Search, Google Maps and YouTube just to give users a taste of what it actually feels like to witness the Olympics in Rio de Janeiro. As the city of Rio gets ready for the 31st Olympics games and the very first in South America, Google has also made it easier for users to get updates and alerts on medal wins and top events. The opening ceremony will be attended by 50,000 spectators at the Maracana stadium as dozens of heads of state and over 11,000 athletes are expected to take part in the competition.
The video was actually explaining the concepts behind Google’s new fruit game as well as the various stages inside it. If you love it, waste no further time and for once, pause your chase on Pokemon Go, because these fruit games will only be available till 21st August 2016 (2 weeks).

Allo Allo! You Impress Me: An Interview With Google's New Digital Assistant
Guess What Nigerians Searched Most On Google In 2016!
Is Google A Girl? Why Then Do Its Operating System Answering 'Girly' and 'Foodie' Names?
MUST READ:  Google Now Shows Song Lyrics In Search Results, Making It Possible For Songwriters To Make Money