Hopefully 12 Days After Valentine’s Day, Samsung Will Let Us See The Galaxy S9 And S9 Plus

Samsung flagship device, the Galaxy Note7 has broken pre-order record and has become the most pre-ordered Galaxy smartphone in the whole of South Korea. News report says that the company has gotten over 200,000 pre-orders for the phone just within two days, which is twice that gotten from the Galaxy S7. 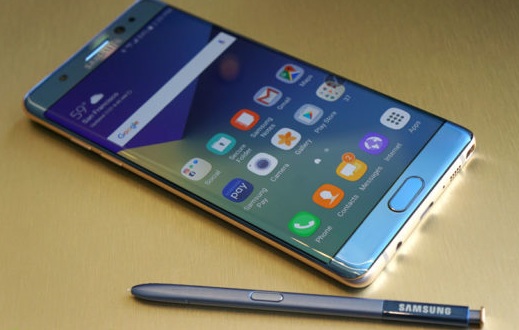 Samsung through its aggressive advertisement has giving its Note 7 more popularity and is currently making head way in the mobile market in South Korea.

The company is also giving out some free accessories to those who buy the handset. Free offers include; Gear Fit 2 (worth $177 or KRW 198,000), a gift card that can be used at Samsung Pay Mail worth KRW 100,000 and 50 percent discount on screen repairs.

The smartphone will be globally launched on August 19 at KRW 988,900 (about $895) going with the current South Korea exchange rates.

Hopefully 12 Days After Valentine’s Day, Samsung Will Let Us See The Galaxy S9 And S9 Plus