Skip to content
On Monday, Facebook launched its new marketplace to all users. The Marketplace will create a new environment for members of the great social network to trade with each other. 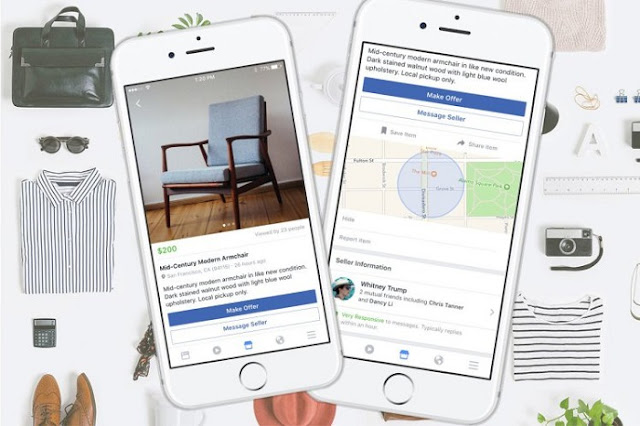 This new online marketplace created by Facebook will definitely be an alternative to other market places like eBay and will as well put Facebook on equal grounds with local online selling platforms like Craigslist.
Facebook has said the new feature is to build upon what users have been doing for years in various Facebook Groups “Selling“.
According to a blog post, Product manager Mary Ku said.

Facebook is where people connect, and in recent years more people have used Facebook to connect in another way: buying and selling with each other.

This activity started in Facebook Groups and has grown substantially. More than 450 million people visit buy and sell groups each month — from families in a local neighborhood to collectors around the world.

The purpose of this feature is to ensure “a convenient destination to discover, buy and sell items with people in your community,” Mary added. 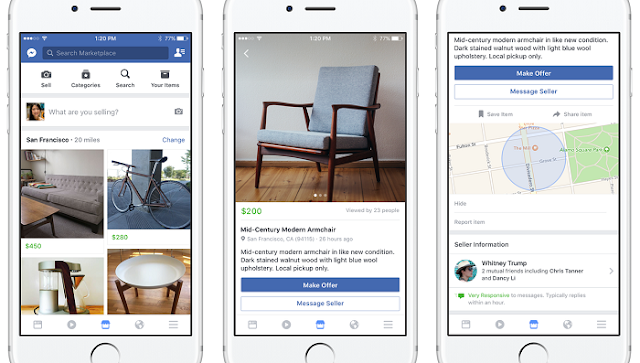 Based on proximity, Facebook marketplace will show photos of items that are up for sale and will also allow user adjust their location in order to search for specific items or categories such as electronics, household items or clothing.
According to the news we got, the new feature will be rolling out to about 18 users in Australia, United states, New Zealand and Britain within the coming days on the Facebook iPhone and Android App.
Hopefully in the coming months, this feature will get to other countries of the world even as it gets a desktop version.