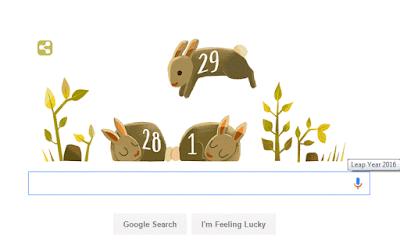 Its February 29 once more, and don’t forget this year is another leap year.
The 29th of February only happens every four years. This is to help keep our calendar in sync with the rotation of the Earth around the sun. Without Leap day, we’d be out of sync by about six hours per year.
Facebook and the search giant, Google sends pleasantries to all, hoping you make the best out of the day.
But there is more to be learnt. Leap day happens every four years unless that year is divisible by 100 and if it was in the year 1900, you would have definitely missed out on the magic of February 29. For any one born on a leap year, you’ve got to postpone your birthday or fix another day that will be suitable.
Have you ever wondered where the word “Leap Year” came from?
The word “Leap Year” originated from a fact under lying the Gregorian calendar; that a fixed date happens to advance one day of the week from one year to the next, the day of the week in following the leap day (i.e from March 1st through February 28 the next year) will advance two days due to the extra day. However, leaping over one of the days in the week.
A descriptive example; Christmas fell on Tuesday in 2001, Wednesday in 2002, and Thursday in 2003 but then “leapt” over Friday to fall on a Saturday in 2004.
Here are some screenshot from Facebook and Google Doodle, anticipating the Leap Year. 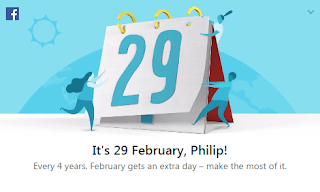 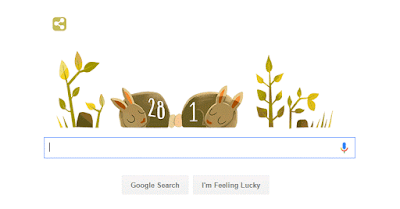 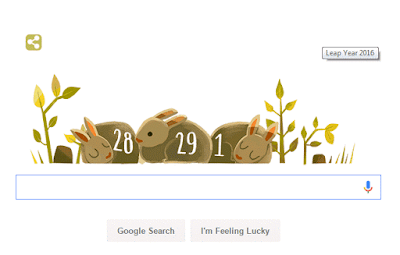 With 100 Times Faster Speed; Wi-Fi to be Replaced by Li-Fi Internet
Hoverboards Get Banned Again, Not Because of Explosion
How You Could Possibly Make Money From Your Facebook Post