Skip to content
Alot of us a very much unaware of this, but I love to break it to you that with your Android device, you don’t have to wait till the Pokemon Go is officially released to your region. The game has already been released to countries like US, Australia and New Zealand. So if it happens that you don’t live in any of these countries, you can easily download the APK file. 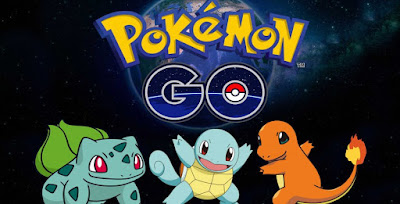 The game works on all Android devices outside the few countries where the game has been officially released.
A reddit user confirmed this saying “The game is unavailable in my region Brazil, but I could download it with apk pure, just set the region to Australia,”
Another user also said “I got it working in Canada on a Galaxy S6! I too caught a Bulbasaur in my living room,”

1. First and foremost, download the Pokemon Go’s APK from here
2. If you are on a Computer, connect a USB to your phone and copy the file to the downloads folder.
3. Go to settings on your phone, choose security and allow installation of apps from unknown sources.
4. All you need to do is go to the download folder on your phone, then install it.
The game was first discovered on Australia and New Zealand app stores, a market where developers test out certain areas of the game such as design elements and microtransacdtion prices. It was recently reported that Pokemon Go won’t work on Android N just yet.