Skip to content
Economics has its way today! Samsung possibly had doubt on the demand for Galaxy Note7 and is now struggling to make more devices available for all its customers. 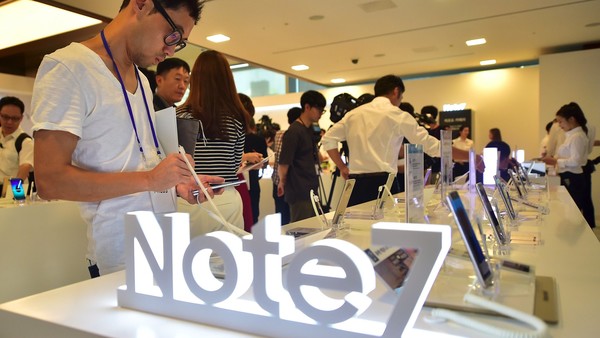 Samsung told Business & Financial News site, Reuters that: As pre-order results for the Galaxy Note 7 have far exceeded our estimates, its release date in some markets has been adjusted
To be frank, who doesn’t love a high number of demands? Likewise, no company would be happy when demand happens to be low. Right now, there is so much pressure on Samsung; pressure from customers and even competitor.
As Apple plan to release its promising iPhone 7 this September, Samsung has got to buckle its bet and start producing more of its devices. Prophetically speaking, the Samsung Galaxy Note7 would get to parts of Europe if no further delay comes from the company.
According to some sources, Samsung had issues increasing number of curved screens for the Galaxy S6 edge last year, but claims from an insider say that the Note7 has no such issues
Although Samsung had mentioned that it would increase production, the company withheld further details but an analyst at Nomura has forecast the sale of 15 million Galaxy Note 7 this year, exceeding the 9 million Note5 that were sold by the company.