Our attention and interest were caught by other toys, we all want to use great phones such as Samsung, iPhone and many others and I guess that was what BlackBerry phones lacked; something great. 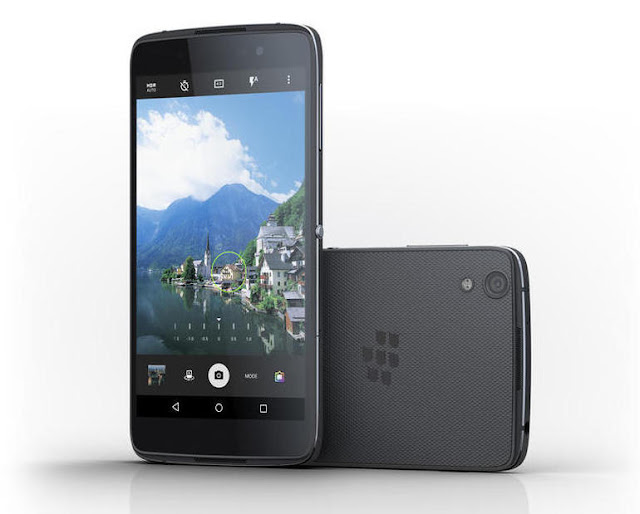 Not that BlackBerry don’t make great phones, but their phones just don’t satisfy our hunger and desire to own a remarkable device. Besides the tech part, their phones are more or less substandard if compared to phones of today.

Therefore we almost forgot them. But they never forgot us!

Read Also: After 3 Good Years, Blackberry Is Returning To South Korea With Priv

Although the BlackBerry DTEK60 hasn’t been announced, pre-orders are available in the United States and Canada. In line with that, a leaked advertisement was spotted in Europe.

The advert is from Madia Markt, the largest consumer electronics in the region and it reconfirms most of the phone’s key specifications. 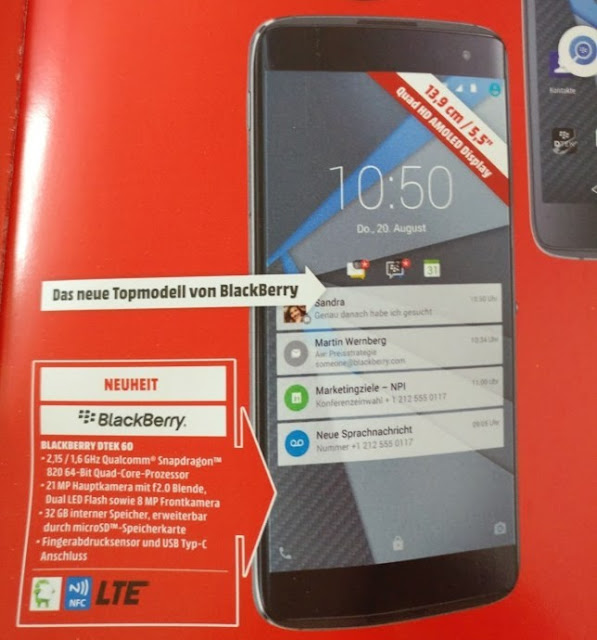 Check out a summary of the BlackBerry DETEK60 specifications

SIM Type: (Not yet confirmed)

You can check GSMARENA for full leaked specification