Skip to content
At first you may ask, are our Android devices not cool enough? Of course there are some cool and stylish launchers that will rock your Android phone but there are still some Window 10 mobile features that if only Android can adopt, will make our android devices more awesome. Let’s quickly dive in and check out what these features are. 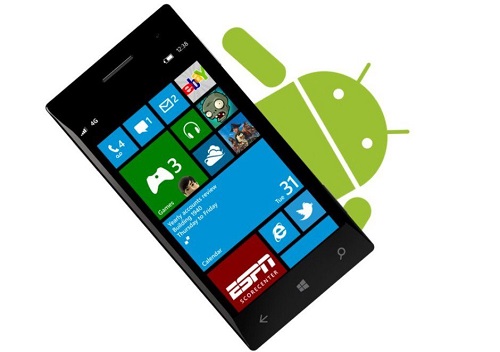 There is no design on the Windows 10 mobile that beats that of the home screen, although all designs are nice. There is just something about the home screen that makes it unique, not the tiles arrangement but the single scroll direction on the home screen and on the app launcher. You can scroll only in one direction which is vertical (downwards and upwards) on the home screen and on the app launcher, which is actually more convenient.
On Android devices, you get to swipe either left or right on the home screen. Some Android devices have app drawer that lets them scroll up and down but for those who use the other app drawer, you might just be able to cope with the left and right scrolling when you have only 30 apps installed. But for those who have over a 100 apps, finding the right app for the right purpose will be stressful

Still on the home screen, but another aspect that we all know and that I also like; the home screen tiles. The concept in the design is awesome, there is a sense of continuity. The animated tiles on the home screen are cool widgets that display continuously changing images, received messages or missed calls. Widgets on Android devices can hardly compete with such a liquid design on the Windows 10 mobile. 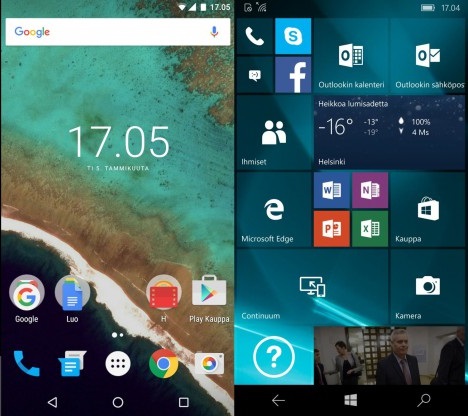 For those who don’t know what the ‘one-handed’ mode means; it is a feature which occupies half of your phone screen and enables you operate your smartphone with just one finger.
Owners of Smartphones such as the Lumia 950 XL usually find it hard to operate their phones with one hand because of the big phone size. That is why Windows made a special feature that allow users swipe or scroll through their phone with just one thumb.
The trick in doing this is to simply press and hold the windows button, which will activate the one-handed mode.  To revert your phone back to full-screen, simply hold and press the windows button for a long time.
A lot of Android smartphones do not have this feature. Most time, it is hidden and requires you to press some key combination before you can access it. That’s not what majority of us would love to cram in our head.
Both Android and Windows Smartphones are great, but with these 3 windows 10 mobile feature, you would enjoy your android device better. Which of these features would you love to have on your Android phone? Tell us through the comment box.

How To Catch Those Stealing Your Wi-Fi And Block Them
2016's Best Affordable Android Phones In Africa
Pokemon Go Tips: How To Change Your Trainer Nickname Using An Android Device
MUST READ:  Nokia Will Announce A New Killer Android Phone This August