BlackBerry Priv is one of Blackberry’s smartphone that was launched in the year 2015. The phone features;

32GB internal storage and a RAM of 3GB

The black berry Priv runs on the Android 5.1.1 (Lollipop)

At the back is a non removable battery of 3410mAh.

The phone has a average weight of 192 grams.

It features a single sim and accepts a Nano Sim.

MUST READ:  You Should Make A Toast To This - Nokia 3310 Is Coming Back. Do You Want The Usual Or A Modified Version? 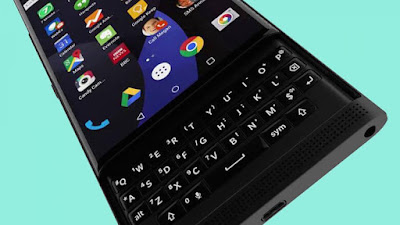 Sensors on the Smartphone include; Proximity sensor, Ambient light sensor, Accelerometer, and Gyroscope.

The BlackBerry Priv is one of Blackberry’s android device, although it is a slide phone, it features a QWERTY key board.

At the time this article was published, the BlackBerry Android device cost about ₦ 214,499 on Jumia and $937.49 on Aliexpress

What More Do You Want From An Android Phone With 6GB RAM? Gionee M7 Is Coming September 25
Here's How Expensive It Cost To Charge The New iPhones (Using A Wireless Charger)
Lil Wayne Pours Champagne On The Samsung Galaxy S7 In New Advertisement
MUST READ:  Legendary Evans Has Kidnapped And Leaked The Upcoming Samsung Note 8